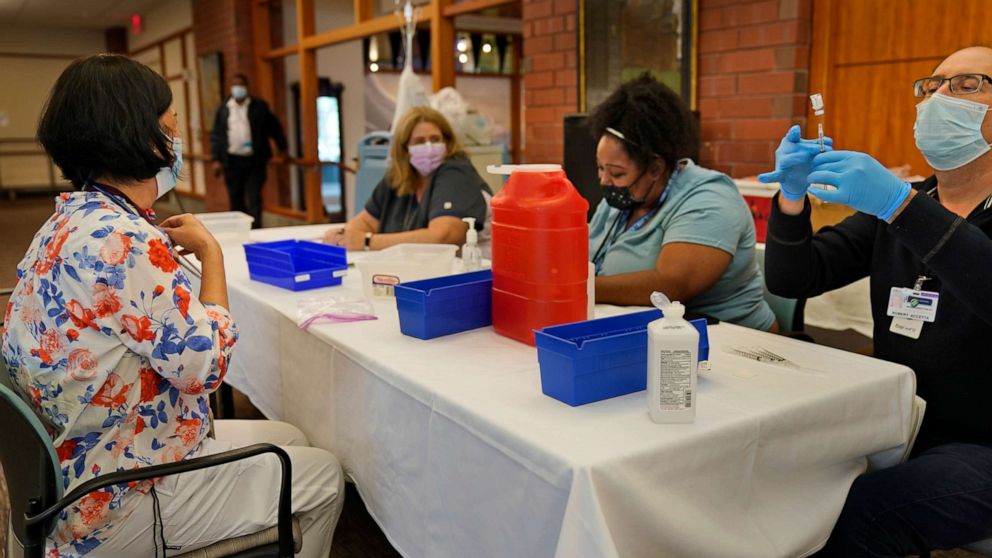 Officials in the Biden administration announced in August that long-term care staff are expected to get vaccinated soon, but the Centers for Medicare & Medicaid Services (CMS) have yet to implement the policy. Meanwhile, the vaccination rate among long-term care workers nationwide is languishing at just over 65%.

â€œThe federal mandate has been well received, but the lack of direction is concerning,â€ said Michael Wasserman, former president of the California Association for Long Term Care Medicine and a member of the California Vaccine Advisory Committee. â€œHaving unvaccinated staff caring for residents will lead to transmission of the virus and therefore death. “

â€œWe can’t implement this soon enough,â€ Wasserman said. “Every day that passes without a guide will inevitably result in more deaths.”

CMS officials said in a press release last month that they intended to issue emergency vaccine regulations from mid-October to the end of October. In the meantime, CMS officials told ABC News, the agency encourages staff at all health facilities to get vaccinated and encourages all facilities to “take advantage of available CMS resources” to promote the benefits. COVID-19 vaccine.

John Knox Village spokeswoman Emily Banyas told ABC News that in the meantime, the facility is continuing its voluntary vaccination clinics every two weeks. The vaccination rate for facility staff is up 5% from last month, but is still only around 65%.

Overall, only about half of the staff at long-term care facilities in Missouri had been fully immunized as of September 19, according to the latest data available from CMS, making Missouri one of the least immunized states in the country.

In Oklahoma, where the staff vaccination rate is 51.7%, a long-term care manager told ABC News she hopes the federal mandate will increase staff vaccination rates, especially in areas rural. Mary Brinkley, executive director of the Oklahoma chapter of the seniors’ advocacy group LeadingAge, said that meanwhile, providers in rural areas are making a concerted effort to increase their voluntary vaccination rates, with some operators of homes in nursing reaching rates of 80-95%.

But in Montana, where the staff vaccination rate is 59.8%, the federal mandate may be the only way for the state to see a big increase in employee vaccinations. Due to a state law that prohibits employers from requiring vaccinations, Montana Health Care Association executive director Rose Hughes said unless a federal mandate is implemented to create an exception for long-term care providers, there is “nothing else they can do” “constantly try to convince staff to get immunized through education and information.”

However, Hughes also told ABC News that she expects a “significant number” of employees to resign when the federal mandate takes effect. Some facilities have already reported loss of personnel amid the looming order, Hughes said.

In Kentucky, where the vaccination rate among long-term care staff is only 56.2%, a spokesperson for the Kentucky Association of Health Care Facilities said despite concerns over possible resignations of the staff, the organization supports employers’ vaccination mandates and hopes that Biden’s tenure will result in a significant increase in COVID-19 vaccinations among staff.

As of September 19, about a month after the Biden administration announced its intention to require long-term care facilities to immunize their staff or lose Medicare and Medicaid benefits, the vaccination rate of the national staff only increased by 4.3%, from 61.1% to 65.4%. , according to CMS data. The previous month it had risen 2.5%.

Eric Carlson, a long-term care expert with advocacy group Justice in Aging, says the mandate is necessary “to prevent deaths and to keep care facilities open to visitors.”

â€œCOVID vaccines have been a game-changer in healthcare settings,â€ Carlson told ABC News. â€œWe know that COVID is particularly deadly for residents of healthcare facilities, and that widespread vaccination can reduce COVID rates to near zero. No one should wait for someone else to do the right thing.

“What we need now – urgently – is both the rule and the guidelines for implementation,” she said.

In Tennessee, where the staff immunization rate is just under 54%, Tennessee Health Care Association spokesperson Jay Moore told ABC News that while a few long-term care facilities have voluntarily imposed their own mandate, many providers wait for national guidelines because “the landscape changes so quickly, and there will always be unexpected nuances when CMS rules are finally enacted.”

Moore said it was a “fair assessment” to say that the lack of additional guidance on CMS has put providers in limbo, but that the federal agency is just cautious because it knows the mandate will have an “impact.” huge on people working in healthcare, facilities and patients in need of services. “

â€œCMS is hopefully just trying to get it right,â€ Moore said.