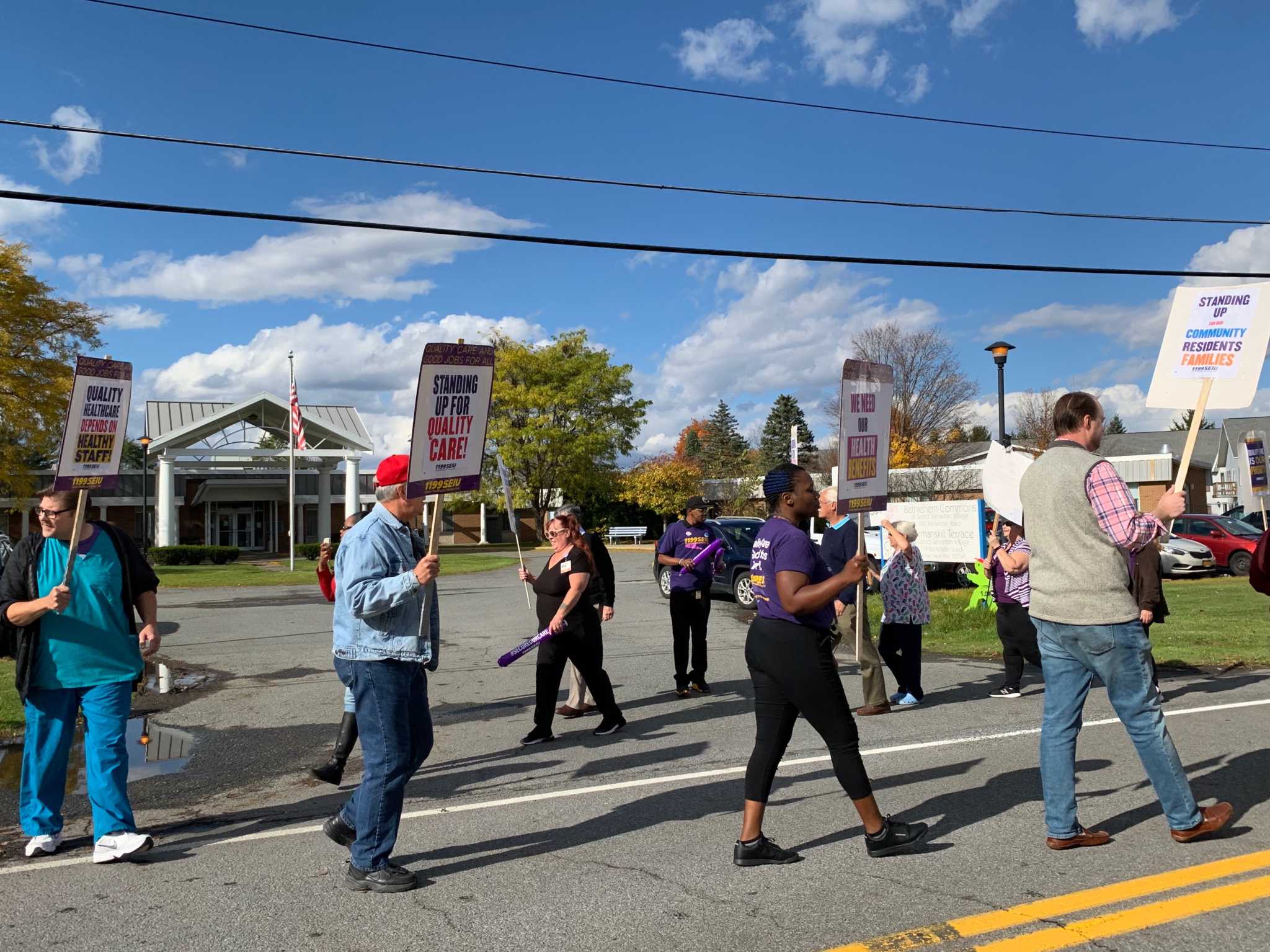 BETHLEHEM — After years of turmoil and complaints about poor working conditions at a Delmar nursing home and assisted living facility, city council will send a letter next week to owners of the private company urging them to meet union members about their concerns.

Employees of the Delmar Center for Rehabilitation & Nursing and the Albany Center Adult Home, located on Rockefeller Road, and representatives of 1199SEIU United Health Care Workers East spoke at a recent city council meeting about the dire conditions they say that workers faced even after new owners took over in 2020.

“In all my (25) years as a certified practical nurse, I have never seen a situation as serious as today,” said a care home employee during the meeting. “We just don’t have the staff, and when there aren’t enough staff, we can’t provide the care we’re supposed to provide.”

Employees who spoke at the meeting said that due to limited staff, some residents were unable to get showers, nail services or other treatments as they are supposed to receive. Workers said they had to take on responsibilities outside of their job descriptions and certifications to make sure residents get as much care as possible.

Employees also said they were paid well below market rate for their work. For example, the starting salary for CNAs at the center is $14.50 to $14.80 per hour, compared to starting salaries of $16.50 to $19 per hour at other facilities. similar from the region, according to the union.

“When we met with managers asking them to raise our wages to fair market wages, they laughed at us,” the certified practical nurse said at the meeting. “They said they might consider it if we give up our health benefits.”

Workers at the facilities faced years of turbulent conditions, especially until the properties’ former owners filed for Chapter 11 bankruptcy relief in 2020. In 2019, workers lost their unemployment benefits. health because the previous owners did not make the contractually required payments for the health insurance fund.

But conditions did not improve after new owners took over the care home and assisted living facility in 2020, workers said.

Centers Health Care, a New York City for-profit chain, was named a receiver of the facilities by the state health department in 2020 as it sought ownership. But soon after, staff said he was being denied vacation and struggling to cope with the workload.

“The feeling is that nothing is better,” Tanya Grant, administrative organizer for 1199SEIU United Healthcare Workers East, told The Times Union at the time. “They didn’t come and presented a better situation for the workers.”

Representatives pushed back against the owner’s claims that there was a labor shortage, saying facilities would be able to hire and retain more staff if workers were paid fair wages and treated with respect . The average turnover rate at the center is 96%, according to union members.

To make up for the lack of staff, the owners hired agencies to bring in workers from out of state. However, union representatives said these hires were paid better than local staff, despite not being qualified for the job – and union members often end up doing their jobs for them, they said. .

“The staff is so spread out that we don’t have enough time with the residents, and they get anxious,” said Mindy Berman, regional communications manager for 1199SEIU Healthcare Workers East, on behalf of another staff member. “You can imagine what it’s like for someone who’s elderly and in a nursing home. Our residents are human beings.

There are currently 120 residents in the facilities, and about 35 to 40 union members working there.

City Supervisor David VanLuven confirmed that the city’s senior services manager echoed the same concerns union members shared about working conditions at the retirement home. The city council voted unanimously to send a letter to the owners urging them to meet with union representatives to reach a fair contract.

“We thought it was appropriate because when we spoke to our senior services department, they highlighted all the issues that union members shared with us,” he said. “If there is a way to help meet these challenges and in doing so help the residents and improve the conditions for the workers there, we have to do it.”

The Delmar Center for Rehabilitation & Nursing could not be reached for comment. A message left with the administrator of the establishment, Rafi Lehmann, was not immediately returned.