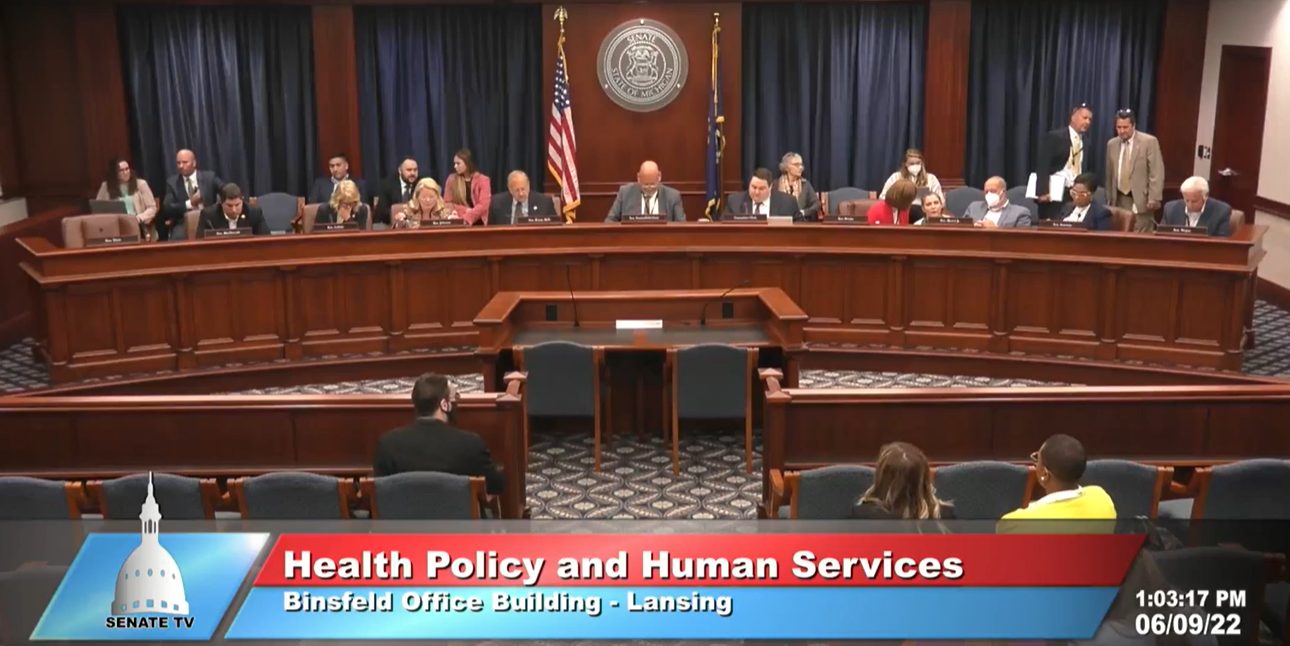 Nursing home officials and lawmakers are advancing legislation to limit “adversarial and punitive” regulatory surveyor citations to limit the ongoing challenges faced by staff from these many regulatory measures, said Richie Farran, vice president of government services at the Health Care Association of Michigan.

The Senate Committee on Health and Human Services Policy understood testimony for House Bill 5609 On Thursday, which would require Michigan’s Department of Licensing and Regulatory Affairs to administer a certification process for nursing homes under federal law and implement a quality assurance review process for all investigations into care homes, including a review of citations.

Get the latest information on state-specific policies for the healthcare sector delivered to your inbox.

Farran said states must enforce federal regulatory rules outlined by CMS to ensure nursing facilities are safe and efficient. Areas covered by these regulations include patient rights, infection control protocols, and staff training requirements. Farran said this bill does not seek less oversight or a change to those rules, but rather changes the way state surveyors conduct their surveys.

Karli Zubek, legislative director representing Rep. Bronna Kahle (R-Adrian) — sponsor of the bill — said Michigan is “an outlier in the frequency, scope and severity of citations” among other states. However, Farran said the CMS shows the state’s quality of care for nursing facilities is equal to or better than what’s typical in other states.

She said that in 2020, Michigan had double the average citation count compared to the national average. These “unfair and inconsistent” regulatory practices lead to lower quality care and lower staff morale, already exacerbated by the COVID-19 pandemic.

Investigators are expected to conduct unannounced investigations annually or when a complaint has been filed about a facility. However, Farran and Zubek said the problem lies in the inconsistency of how investigators interpret, view and act on federal regulations.

Zubek said the bill would improve the investigator process and ensure nursing facilities are assessed in a “more fair, accurate and timely” manner, without reducing the overall quality of patient care.

“Michigan’s regulatory process should be reviewed with consideration for adherence to state law guidelines and fairness with other states and our nation at a level of professionalism and collaboration to provide the absolute best care to our elderly,” Zubek said.

“Health conditions are something you wouldn’t let a stray dog ​​live in,” Johnson said. “I am very concerned about the State of Michigan’s lack of professionalism and decency towards such vulnerable seniors…The cases I have seen and the lack of state regulation are the most deplorable thing and the horrifying thing I’ve seen. in a very, very long time. »

Farran said he hopes this new process will be more effective at getting rid of “bad apples” to reduce some of the poor health outcomes described by Johnson.

“To prevent or reduce these occurrences, you just need good staff,” Farran said. “Unfortunately the profession has been battered and bruised… When there is so much negative rhetoric around facilities and when it is all about negative outcomes, how do you attract the right people into the profession? Beyond regulatory issues, the number one issue is labor.

LARA is neutral on the bill, while LeadingAge Michigan and the Michigan County Medical Care Facility Council support the bill. The bill awaits a vote at the Senate Health and Human Services Policy Committee.