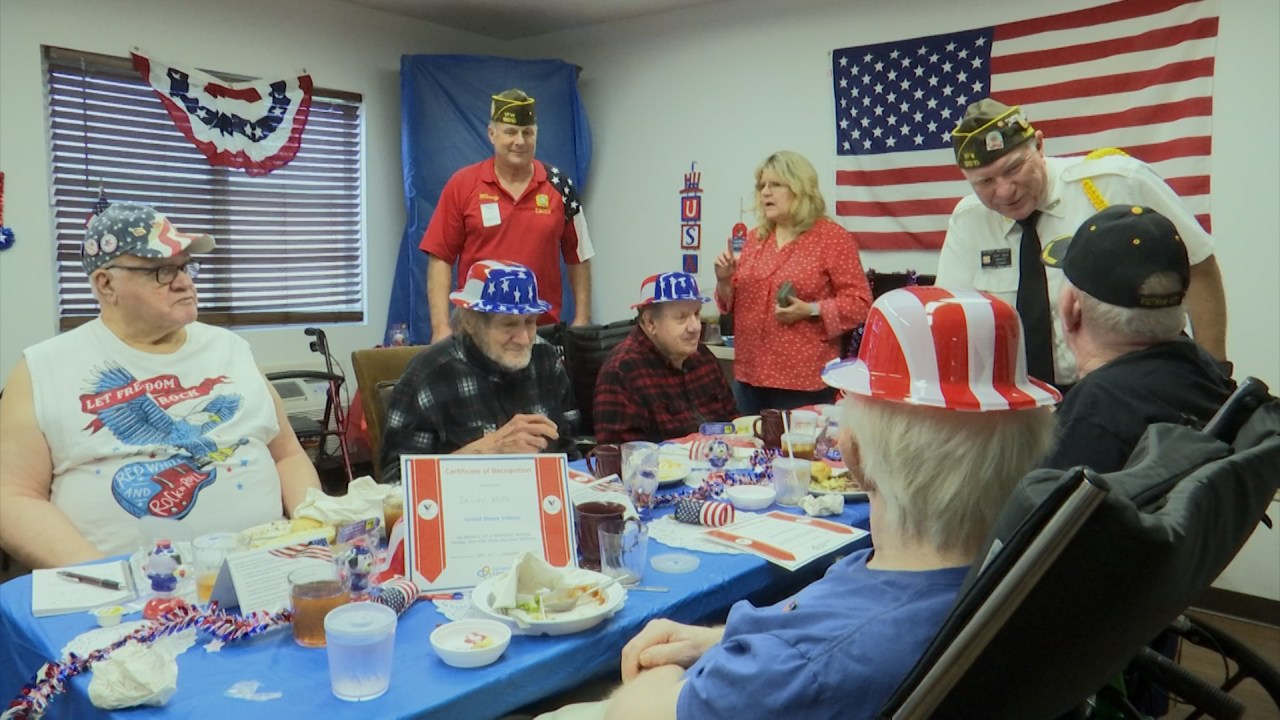 Service members were served steaks while swapping stories of their time on duty.

Calhoun County Veterans Services Officer Eric Daniels said veterans in nursing homes weren’t in the spotlight, so the office wanted to do something special.

“It’s really important because I don’t feel like we’re focusing on our nursing home veterans as much as we should be on a county society level,” Daniels said.

The event was supposed to bring together nine veterans, but only five from the retirement home were able to attend.

“That’s what makes it even more important that we get things done and honor our veterans because, you know, that population seems to be leaving us faster than others,” Daniels said.

Some Calhoun County veterans came out to help celebrate and honor the older generation.

The five veterans in attendance served in the Air Force, Reserves and Marine Corps.

“I was told I would consider a veteran only because I served in the Vietnam War,” said veteran Johnny Miller. “It has apparently been extended beyond Vietnam War veterans, to anyone who was in service and got an honorable discharge. Maybe I was lucky to be right.

The Calhoun County Veterans Affairs Office hopes to expand its services and provide lunches to more veterans next year.