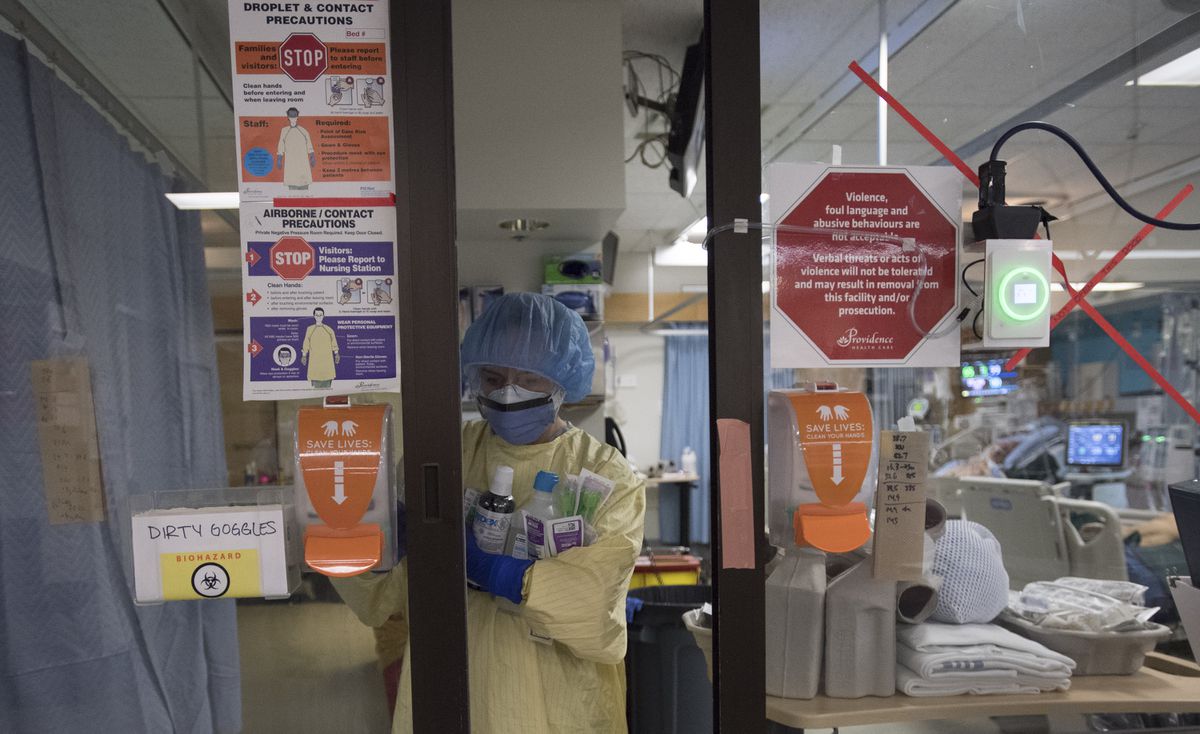 When we last left John Horgan and his province’s health issues, the premier of British Columbia was throwing an f-bomb at the Legislative Assembly out of frustration.

It was a few weeks ago. Things haven’t improved much since then.

It’s a story to watch in Canada, as BC’s primary care system finds itself “reeling” – Mr. Horgan’s word, not mine – on the brink of calamity. If that sounds like too strong a word, consider some of the things that have happened recently.

There has been a wave of resignations among health care workers in northern British Columbia, including half of the doctors in intensive care units at the region’s largest hospitals. These doctors presented their resignation in sign of frustration at the overwork and understaffing in hospitals in the region.

There is already a well-documented shortage of doctors, not only in the North, but almost everywhere in the province. More than a million British Columbians do not have a family doctor, and tens of thousands of new people are pouring into the province each year, compounding the problem.

It put Health Minister Adrian Dix in the spotlight and led to tense exchanges this week in the legislature, the same legislature where his boss Mr Horgan swore in response to the heckling from the benches of the opposition. The Prime Minister blamed the whole mess on a lack of resources and pressured Prime Minister Justin Trudeau to give more money to the provinces for health care funding.

The provincial government has set aside $6 million to hire more health care workers in the northern region of the province alone. Dix also said the government was funding 600 new nursing posts at provincial universities, with a particular focus on meeting urgent needs in the north and interior. But the reality is that there is a shortage of nurses across British Columbia

Last week, 16,000 health care workers were on sick leave, the highest percentage in the north and interior of the province. Many of them refused to go to work for fear of catching COVID-19. However, many are simply exhausted after two years of the pandemic.

Nursing is already a tough enough job. Add to that a pandemic and the abuse that many medical professionals have faced over the past two years and many wonder if this is really the job for them. Many doctors ask themselves the same question.

And this represents a huge political problem for the Horgan government – a real crisis for which there is no easy solution.

Dix says the province has added 30,000 health care workers to the system over the past five years. Liberal Leader Kevin Falcon disputes that figure, saying Statistics Canada figures show there were 10,084 fewer healthcare workers in provincial hospitals in February this year, compared to the summer of 2017.

The quarrel over the numbers does not change the realities on the ground. The province has seen emergency departments forced to close due to a lack of staff. BC has the longest average wait times in the country for walk-in clinics, which are increasingly relied upon by people without a family doctor. Currently, that average wait time in British Columbia is 58 minutes. In Victoria, it’s 161 minutes. The average in Canada is 25 minutes.

The government has had difficulty recruiting health care workers due to the high cost of living, especially in Metro Vancouver. Yes, the weather may be good, but you’ll probably never own a house and the rents are incredibly high. Not exactly something you want to put on a recruiting poster.

It’s hard not to feel some sympathy for the government, as this issue has been in the making for years. Dix’s ministry has established 27 urgent and primary care centers across the province since taking office in 2017. It’s likely the biggest investment ever in this area of ​​the health care system. And yet, things still seem to be at a crisis level.

And it’s not something that can be fixed quickly.

As the pandemic slowly recedes, the BC government faces a dilemma that is just as – if not more – vexing than a virus that only replicates once every hundred years.

And the health care crisis in the province will likely last much, much longer.

We have a weekly Western Canada newsletter written by our British Columbia and Alberta bureau chiefs, providing a comprehensive package of news you need to know about the region and its place in the issues facing Canada confronted. register today.