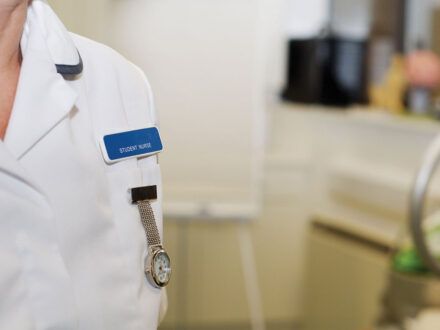 A new report from the Universities and College Admissions Service (UCAS) shows that the number of English applicants accepted for a place in nursing courses has fallen by 1.4%.

“The drop in the number of applications for nursing courses, especially in England, is worrying”

This follows a drop the year before and marks the first time acceptance rates have fallen two years in a row, the report said, suggesting that the decision to cut scholarships for nursing students in England continues to have a significant impact.

This year, the number of applicants for nursing courses in the UK fell for the second year in a row, falling 7.6% in 2018 after falling 17.6% the previous year.

However, the report shows that the decrease in the total number of applicants has not translated into a significant drop in the number of people gaining places, as nursing courses continue to be over-enrolled.

There were just 80 fewer acceptances this year, bringing the total number of nursing acceptances to 28,540, the third highest on record.

In contrast, the number of acceptances in Scotland and Wales, which have retained funding for nursing students, has increased.

This autumn it was announced that the scholarships available for nurses and midwives in Scotland are to increase to Â£ 10,000 per year by 2020-2021.

In Wales there was a smaller increase of 3.2% bringing the total to 1,785, while in Northern Ireland the number of acceptances remained stable at 1,090.

The Council of Deans of Health – the umbrella body that represents universities offering courses in nurses, midwives and allied health professions – has expressed concern about the decline in applications for nursing courses – in particular in England.

In response to the report, Executive Director Katerina Kolyva said it showed the need to take “urgent” measures to increase the number of students.

“The decline in the number of applications for nursing courses, especially in England, is worrying,” she said.

â€œThis shows the urgent need to intervene to support a growth in student numbers, including a sustained nationwide campaign to attract students of all ages to health courses, promote the value of careers in the field of health. health and counter the many negative messages around these professions â€he warned.

Last month, the new Minister of Health, Stephen Hammond, indicated that the government may be willing to consider reintroducing scholarships or a new system of grants in England.

“We believe that the introduction of a bursary grant could have a significant impact on both recruitment and retention, especially among mature students,” Ms. Kolyva said.

“Recruitment could be further encouraged by the introduction of a service-linked loan repayment system,” he said.

Meanwhile, Ms Kolyva welcomed the increase in the number of acceptances to nursing courses in Scotland and Wales.

â€œWe are delighted to see that acceptances to nursing courses in Scotland and Wales have increased significantly and we welcome the recent announcement in Scotland of an increase in the scholarship for nursing and wise students. -women, â€she said.

She added: â€œWe look forward to continuing to work with the government in Scotland and Wales to support the growth in the number of students in the health professions. “