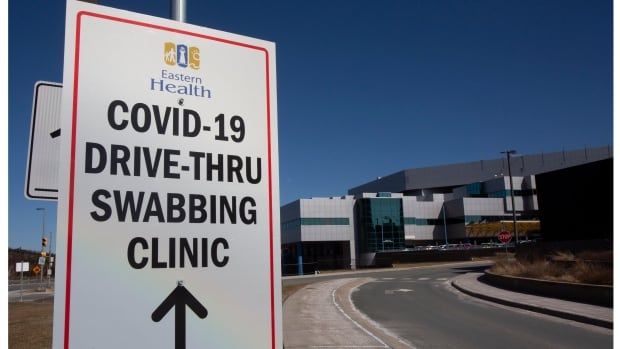 Residents of a Baie Verte retirement home are grappling with a COVID-19 outbreak as the province added 15 new cases to its tally on Monday.

Ten of the new cases were identified at White Bay Retirement Living in Baie Verte, according to a press release from the Department of Health. All residents and staff have been tested and asked to quarantine themselves as investigators try to determine how the virus entered the facility, the department said.

In a tweet, Central Health said it offers community testing in Baie Verte and advises anyone who has visited the house since September 7 to get tested. No appointment is necessary, according to the health authority.

1/3 Due to new cases of COVID-19 identified in the Central region, as of Monday, September 20, people who visited the White Bay Retirement Living personal care home in Baie Verte will have access to COVID-19 tests . @CBCNL @VOCMNEWS @NTVNewsNL @StJohnsTelegram

There are a total of 11 new cases in the Central Health Region. One case is a contact of already known cases, while 10 are under investigation.

Four of the new cases are located in the Eastern health region. All four are linked to national or international travel.

The province has reported seven new recoveries since the last COVID-19 update. There are currently 46 active cases, with one person hospitalized.

The ministry says it continues to monitor two COVID-19 clusters in Newfoundland and Labrador. There are 21 confirmed cases linked to a cluster in the Labrador-Grenfell region as contact tracing continues.

An investigation into a cluster in the Western Health Region is also continuing on Monday, with eight confirmed cases linked to the cluster.

The sources of the two clusters remain under study.

Dr Monika Dutt, chief medical officer of the central health region, said it was not yet clear how the outbreak in White Bay Retirement Living began.

She said public health is currently focused on limiting the spread inside the home, but investigators are also trying to determine a source.

“It’s part of what we’re looking at right now, and if we’re able to do that, then that information would be shared,” she said in an interview with CBC News.

Dutt said residents who have tested positive for COVID-19 are isolating themselves and infection control measures have been put in place to ensure they always receive the services and care they need.

She said Central Health first got a feel for the outbreak on Saturday and took the weekend to complete testing at the facility before announcing the outbreak.

Dutt encouraged anyone who has visited the house since September 7, or anyone with even mild symptoms, to get tested.

There aren’t many close contacts yet, Dutt said, but she doesn’t know how many people will show up for testing.

Dutt did not say how many of the 10 cases linked to the house are residents – although she did confirm that at least some are – and she did not disclose the immunization status of those who tested positive.

No one linked to the outbreak is currently hospitalized due to COVID-19.

Northern Peninsula back to alert level 2

Communities in the eastern part of the Northern Peninsula will return to Alert Level 2 from 12:01 am Tuesday, according to the provincial health ministry. The area moved to Alert Level 3 earlier in September as a cluster of cases began to grow.

“This change in alert level occurs on the basis of the public health investigation to date and the epidemiology in the region,” reads a press release from the Ministry of Health issued shortly before 16 h 30 Monday.

“Although a source has not yet been determined, the risk to the public is considered low.”

According to the provincial government’s COVID-19 website, nearly 79% of the province’s eligible population received two doses of the vaccine, while 87% received at least one.

The update comes after the provincial government said it would soon be implementing a vaccine passport, as well as the reinstatement of the mask’s mandate, which went into effect on Saturday.