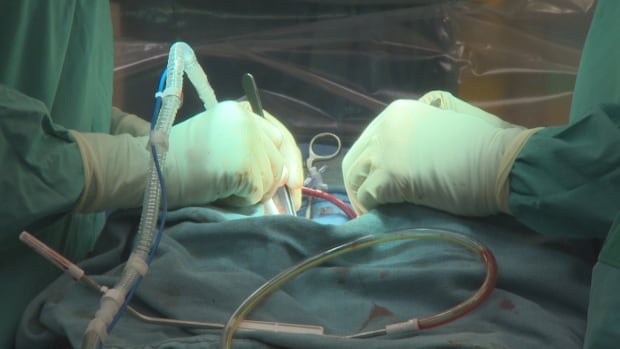 Enrollment in the course required to train nurses to work in the cardiac intensive care units at St. Boniface Hospital is dropping, but the Winnipeg Regional Health Authority says it is working to recruit nurses in the hope of reducing the waiting list for heart surgery.

Only four nurses are enrolled in an intensive care program offered twice a year at St. Boniface Hospital and the Health Sciences Center, according to the Manitoba Nurses Union. The waiting list for heart surgery has doubled in recent months, largely due to a shortage of nurses trained to work in the area.

â€œThis is definitely going to have an impact on their ability to fill vacancies and fill shifts in the cardiac program,â€ said Darlene Jackson, president of MNU.

â€œWe know there are vacancies in this program and we also know that there is a chronic shortage of nurses in Manitobaâ€¦ This is worryingâ€¦ It will not solve the staffing issues in this department, c ‘is certain.

In January and February, 33 nurses completed the six-month course, 12 of whom recently held positions in the two intensive care units at St-Boniface Hospital. One of them, the Cardiac Surgery Intensive Care Unit, is where all patients go after cardiac surgery. The unit has 14 beds and typically requires 14 nurses to maintain a 1: 1 nurse to patient ratio.

Jackson said that over the past year, the unit has had “excessive” overtime rates and high mandatory overtime rates. The rotation schedule for nurses has changed as part of the overhaul of the healthcare system, she said, and with the elimination of several part-time positions, several regular nurses have sought positions elsewhere.

â€œIt’s very difficult to recruit nurses in an area that has all of these problems,â€ she said.

“For nurses who are already working in a highly specialized field, it’s stressful, having that amount of overtime, especially if it’s mandatoryâ€¦ makes it so much more stressful.”

The WRHA’s director of health operations said the authority was taking action to address staffing issues.

â€œWe have a working group with not just St. Boniface Hospital and the region to look at the factors and address them, which includes recruiting critical care nurses,â€ said Krista Williams.

In the past six months, 120 elective heart surgeries have been rescheduled.

The high rescheduling rate is due in large part to staff issues, Williams said.

Enrollment in the intensive care nursing course is consistently higher in the fall, she also said. While staffing levels in the ICU cardiac surgery unit are cause for concern, she said, she is optimistic that the closure of other intensive care units in Winnipeg will bring more nurses to the unit. .

“The reason for consolidating critical care is to be able to consolidate the nursing skill set and that will definitely help us retain nurses in a highly specialized field and keep that skill set,” she said. .

â€œThe staffing this week is very good. We are happy with it this week. We are watching her very closely, but we recognize that we still have to look to recruit long-term nurses. “

She encouraged health officials and government officials to talk to nurses.

“We can help make healthcare efficient. We’re downstairs and we can see where the change needs to happen. Someone just needs to bring us to the table.”