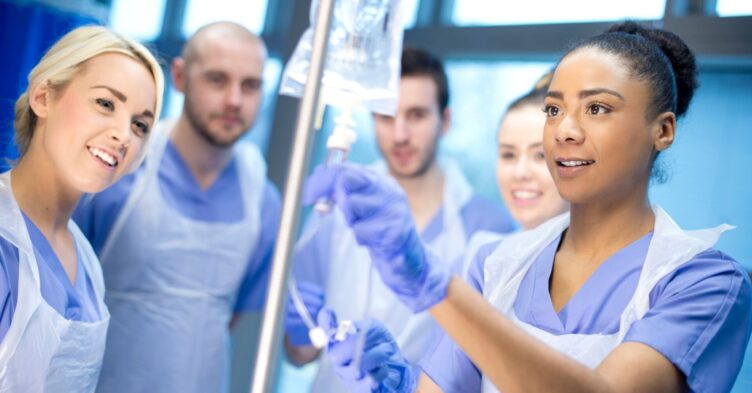 The NMC is asking its council to approve a consultation on proposed updates to its pre-registration education standards, including more “inclusive” entry requirements for nursing programs.

The changes were proposed because the NMC no longer needs to follow the training requirements of the European directive – on factors such as student selection, course duration and hours of theoretical and practical learning – after Britain left the EU in January 2020.

The NMC has suggested allowing accredited educational institutions to set their own entry criteria for programs rather than following the restrictions set out in the EU directive.

For example, the EU directive requires applicants to have completed at least 10 years of “general education” before being admitted to adult nursing programs prior to enrolment.

However, the NMC’s Nursing Standards Development Group – which has experts representing stakeholders from each UK country – concluded that the concept of ‘general training’ was ‘arbitrary, open to interpretation and can mean different things in different places.

They suggested: “Removing this would broaden participation to those from excluded groups, such as those from traveling communities and refugees.

The proposed changes to the pre-registration standards, which the Board will consider for consultation at a May 26 meeting, also include:

In November 2021, the NMC voted to double the maximum number of simulated learning hours students can undertake as part of their clinical practice requirements from 300 hours to 600 hours, which remains at least until the NMC updates its education standards on an ongoing basis.

It also follows two reports commissioned by the NMC and published on its website last year. One from Harrow Consulting looked at the impact of the EU Directive’s requirements on the education of nurses and midwives, while consultancy firm Traverse solicited views from stakeholders across the UK .

According to reports, the NMC has seen an “appetite for flexibility” around improving simulation, expanding access to nursing and midwifery education, and the need to modernize the language of the EU directive regarding knowledge and competence requirements for nurses and midwives.

Also at the May 26 meeting, the Board will be asked to approve new and updated post-listing community standards, as well as consultation on proposed changes to the NMC’s English language requirements.

The NMC has also confirmed Nursing in practice last month that it will consider whether to regulate advanced practice later this year.