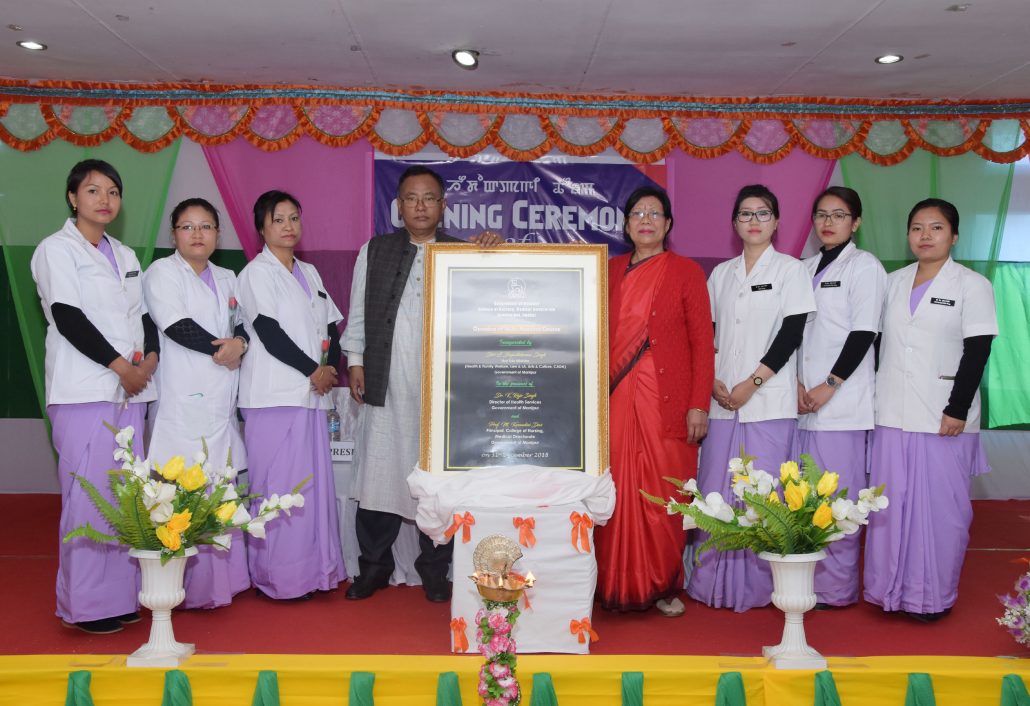 The very first M Sc Nursing course was opened at the College of Nursing, Medical Directorate, Government of Manipur on the last day of 2018.

Health and Family Welfare Minister L Jayantakumar Singh was the main guest of the course’s official opening function at the Health Directorate’s office in Lamphel on Monday.

The opening ceremony was also attended by the Director of Health Services of Manipur, Dr K Rajo Singh and the Director of Lamphelpat College of Nursing, Professor M Kumudini Devi as President and Guest of Honor respectively .

Speaking on this occasion, Health Minister Jayentakumar said that with the opening of the M Sc nursing course, a new chapter has been added in the field of health care and its services in the state. .

It is a privilege for the state to have a nursing school with M Sc courses, he added.

Jayantakumar Singh argued that despite many shortcomings, the Department of Health made an effort to open the long-awaited course.

“It’s a really good day for the department and for the people of Manipur,” he said.

The Minister also appreciated the enthusiasm and the effort of the Director of the College of Nursing Sciences during the opening of the Master of Science courses.

The Minister also gave the assurance that the number of places of capacity of reception of the students of master’s of science of the college will be increased.

He also said that the limited state resources have been used at the highest level to meet the demands of the public by the government, he added.

Ministry of Health officials, nursing staff and students, tutors and others also attended the opening ceremony.