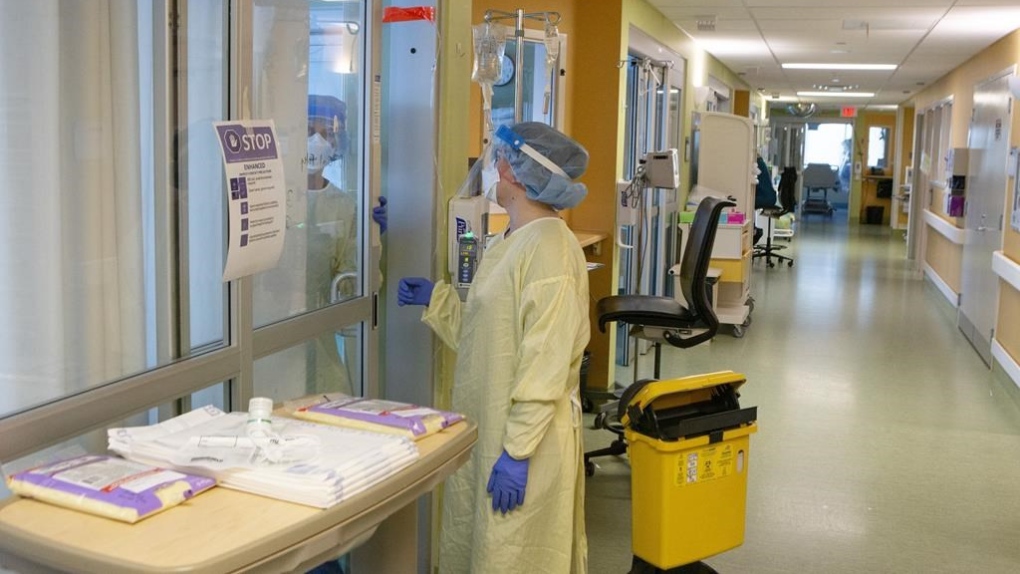 Nearly two and a half years since the start of the COVID-19 pandemic, the staffing conundrum initially driven by high infection rates has turned into an acute workforce challenge.

Herb Emery, Vaughan Chair of Regional Economics at the University of New Brunswick, said that when it comes to staffing shortages, the pandemic was “like the straw that broke the camel’s back.”

In recent weeks, hospitals across the country have taken drastic measures to deal with staff shortages, including temporarily closing emergency departments.

The labor shortage is not unique to health care. Nationally, Statistics Canada indicates that approximately one million jobs are unfilled. But health care shortages are most pronounced.

Statistics Canada said healthcare vacancies in the first quarter of this year were nearly double what they were two years ago. Nurses and nurse aides were among the top ten occupations with the largest increases in job vacancies during this period.

Emery says health care shortages are the result of policies introduced in the 1980s and 1990s that aimed to reduce health care costs. Physicians, who are paid on a fee-for-service basis, have been identified as a key driver of high healthcare costs and policies have been introduced to limit the supply of doctors, it said. -he declares.

The Canadian Institute for Health Information said in a 2002 report that policies such as reduced medical school enrollment and restrictions on international medical graduates have contributed to a lower influx of new physicians. .

On the nursing side, Emery said the stress of the pandemic and increased workloads have led to high rates of retirements and exits from the profession, and enrollments in nursing schools. nurses have not been high enough to compensate for the departure of nurses.

Some experts say one solution could be a move towards a team-based approach to care that ensures healthcare professionals are working at their level of skill. This would be tantamount to relieving doctors of the tasks that nurses or pharmacists could perform while leaving nurses to perform only work requiring nursing training.

Armine Yalnizyan, economist and Atkinson Fellow on the Future of Workers, called on provinces to develop a plan to address today’s health issues, including outlining a health human resources strategy.

“The most expensive parts of the system are overworked doing things they shouldn’t be doing, like cleaning rooms or moving patients down the hall on a stretcher,” Yalnizyan said.

The idea of ​​changing the scope of practice of health care workers is far from new. In 2002, the Royal Commission on the Future of Health Care in Canada, also known as the Romanow Report, highlighted the need for this change in practice.

“Changes in the way health care services are delivered, particularly with the growing emphasis on collaborative teams and networks of health care providers, mean that traditional scopes of practice must also change” , says the report. “It suggests new roles for nurses, family physicians, pharmacists, case managers, and a host of new and emerging health professions.”

Emery said the fee-for-service structure for physicians is a barrier to moving toward team-based care.

“What 1/8 fee-for-service 3/8 discourages is that a nurse does some of the things she is qualified to do and can do very well because the doctor she works in doesn’t can’t charge for that.” Emery said.

The shift to team-based care would also require the restructuring of collective agreements, he said, which dictate “who does what” in hospitals.

“There are things that can be done, but they are politically controversial,” Emery said.

In Ontario, the provincial government has said it is considering the privatization of health care as a solution to the challenges facing hospitals. The suggestion provoked considerable backlash from opposition politicians as well as advocates.

However, Emery says privatization in this context refers to service delivery, not how services are paid for.

“It’s really, I think, about changing the site where care is provided from settings that tend to have more rigid rules about who can do what to whom and on what basis, to a setting where there’s has more potential to have that scope of practice, team-based care, and basically see more patients with the same number of doctors and nurses.”

Yalnizyan says the health system has faced low staffing levels for too long due to a lack of funding.

“It’s not just about not planning for the future. It’s about absolutely committing to not spending any money,” she said.

However, Emery warns that more funding will not solve the underlying problem, which is how workers are distributed within the system.

Failing to address these issues, he says, is what led to these shortages and health care pressure in the first place.

“What’s frustrating is that now that he’s been affected, we’re wringing our hands and saying, ‘Well, what do we do’, because there’s no easy way out. in the short term,” Emery said.


This report from The Canadian Press was first published on September 5, 2022.