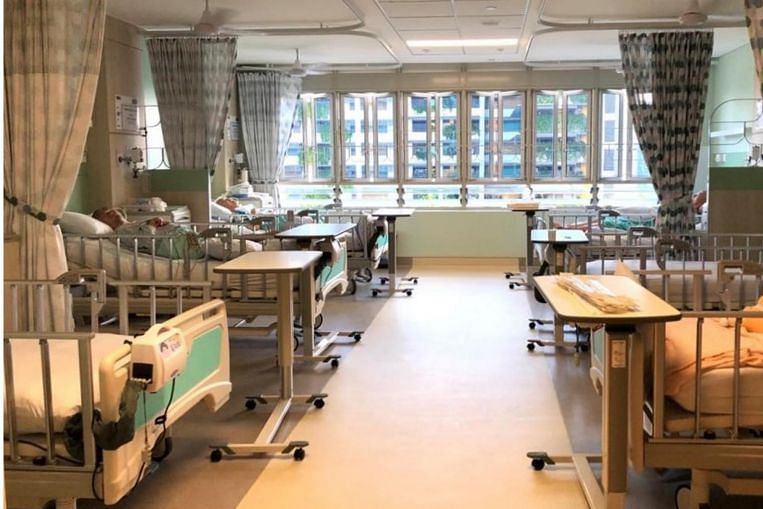 SINGAPORE – Kwong Wai Shiu Hospital (KWSH) has set up a new facility to strengthen nursing home patient care to meet the needs of an aging population, and uses robots to improve staff productivity.

The 128 new beds will bring the total to 750 at the main site of the charity hospital, KWS Care in St George, Serangoon Road. Many of his patients come from low-income groups and receive heavy grants.

The facility was officially opened on Saturday, November 20 by Honorary Guest Minister of Commerce and Industry Gan Kim Yong. In his opening speech, he said: â€œThese new wards, designed with improved capacities to meet the needs of residents who have long-term complications and greater chronic care needs, will enable the hospital to raising the standard of care for its residents. “

The new beds are equipped with specialized equipment such as oxygen ventilation support and wound care to deal with more complex and long-term problems.

Mr Gan said the hospital’s plans would go a long way in preparing Singapore for a demographic shift over the next decade. About a quarter of Singaporeans are expected to be 65 and over in 2030, up from one in six last year.

A second nursing home in Potong Pasir is expected to be completed next year, bringing the total number of beds provided by KWSH to 1,200.

These robots will save 16 man-hours per meal – time that can be spent on other services such as rehabilitation, treatment and patient support, Gan added.

â€œInitiatives like these take advantage of technology to free up bandwidth for our healthcare professionals and will help us better optimize our resources,â€ he added.

Since October, residents have moved in stages into the services of the new facility, which is expected to fully open by the second half of 2022.

The official opening coincided with the celebration of the hospital’s 111th anniversary, which was marked by the launch of a commemorative book.

KWSH was founded in 1910 by a group of Cantonese traders who wanted to provide free medical services to poor immigrants. The book documents major milestones, with a focus on the past 10 years as the hospital has grown to become a community health care center.

Today, KWSH has grown into the world’s largest single-site nursing home and operates a range of community services including a rehabilitation center and home care services.

In his speech, KWSH President Patrick Lee thanked donors who continue to provide support despite the economic hardship caused by the pandemic.

He said: â€œI thank all the volunteers and supporters at the hospital. Your contribution and hard work continue to create a colorful life for the elderly.