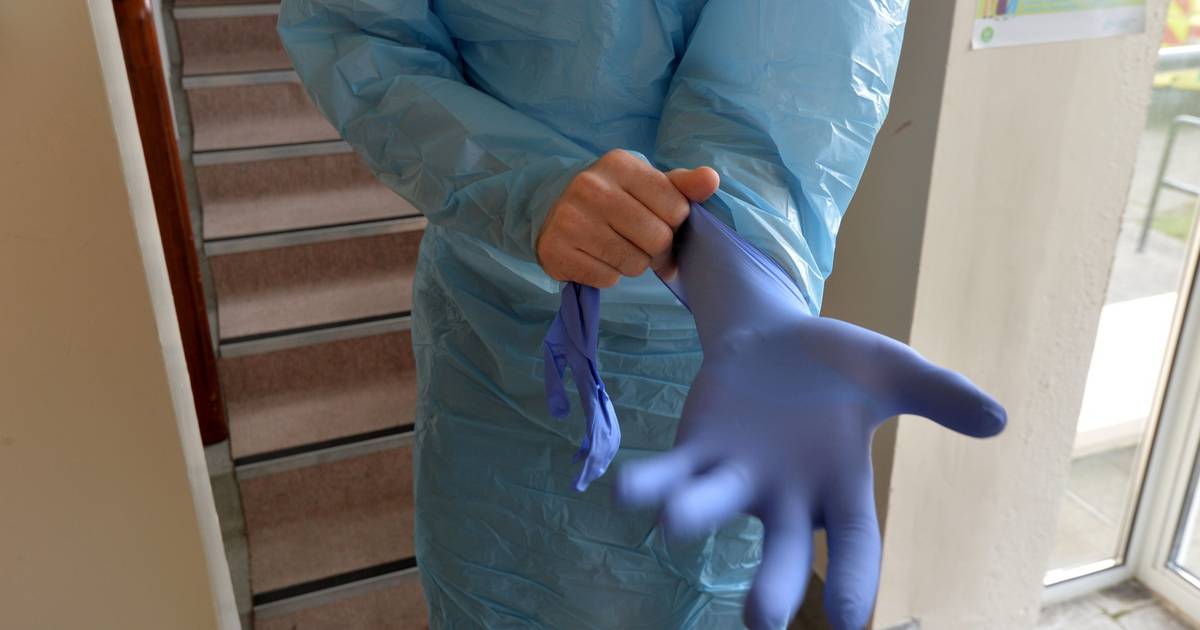 The operator of a Co Monaghan care home which was hit by an outbreak of Covid-19 in which a number of patients died in the early weeks of the pandemic has been ordered to pay its former nursing manager more €63,000 for wrongful dismissal.

The Workplace Relations Commission found there was ‘no evidence’ produced by the company to support the ‘inferences of misconduct or poor performance’ made against Caroline McAree, who was director of care nurses at Drumbear Lodge.

Through her attorney, she accused the center operator of failing to provide administrative support and refusing to purchase scrubs for staff in her segregation unit who she said wore scrubs. clothes made from sheets as they treated elderly people infected with the virus.

The company’s position was that its chief executive, Phil Darcy, had “concerns” about how the house was run in 2020.

He had written to the complainant in early April that year to ensure she had ‘observed all relevant instructions’ after concerns were raised by the Information and Quality Authority about the Health (Hiqa) regarding household emergency preparedness and planning, its legal team said. the Commission.

Ms McAree then “failed to submit” the required documents to Hiqa on April 21, 2020, the company said.

Three days later, management was again contacted by a representative of Hiqa, who said the regulator had been made aware of “significant health and safety issues” at Drumbear Lodge, the court heard.

Mr Darcy said he decided to fire Ms McAree on a ‘no-fault’ dismissal because he ‘needed to put the safety of his patients first’, the company argued.

Mr Hickey said his client had ‘kept herself fully informed and aware’ of the safety measures needed to stop Covid-19 infections, had held daily meetings to brief managers and staff and had them ‘rigorously’ informed about the use of PPE.

Social distancing of two meters was “always maintained” and staff wore masks as soon as the order came from health authorities via the nursing home group’s head office.

“The apparent or overt attempt to blame [my client] for the tragic Covid-19 viral infection outbreak at Drumbear Lodge, which was confirmed on April 9, 2020, and its aftermath[s] …is grossly unfair and should not be allowed in this form or any form,” Mr Hickey said.

“Under the complainant’s direct supervision and guardianship, staff did everything in their power to prevent this from happening,” Mr Hickey said.

Staff fetched homemade face masks from local women; as well as 3D-printed visors and protective masks donated by a nearby furniture factory, he said.

“This viable PPE was in general use in the nursing home long before the respondent chose to supply Drumbear Lodge with medical masks,” he said.

He said the general manager was aware that staff in the segregation unit were wearing scrubs made from sheets by a resident’s family.

“No scrubs were purchased for staff by the Newbrook Group and when the complainant procured a supply… Mr Darcy refused to purchase [them] on the basis that they would cost money,” he said.

He said his client failed to send the notification to Hiqa on April 21, 2020, due to “oversight, fatigue and human error”.

Mr Hickey said she worked until almost 7pm that evening in her office and made up to 70 phone calls to family members of residents to update them on the situation at home.

When she spoke to Inspector Hiqa by phone the next day, she was told “not to worry about it and to make sure she submits the notifications in the future”.

“Despite the enormous pressure she and her staff were under, no additional administrative staff, resources or support were provided by the respondent to the management of the retirement home,” Mr Hickey said.

He said the care home “did not dispute that the dismissal was unfair”.

Cross-examining Mr Darcy, Ms McAree’s solicitor said his client ‘had to carry dead patients out of the nursing home herself’. Mr Darcy said he ‘disputed that she was not taken care of’.

He said the decision to fire Ms McAree was his own and that he was ‘no longer happy’ that she was in the position of director of nursing ‘but [I] only took care of it in September”.

Asked what had changed between April and September, Mr Darcy said he ‘didn’t want to make a hasty decision’ as it was ‘in the middle of the first wave of Covid-19.

He said he was considering using a performance enhancement plan for Ms McAree but it was a ‘difficult time’ and it would have been ‘difficult to put one in place’.

Cross-examined by Ms McAree’s lawyer, Kevin Hickey, Mr Darcy said the decision to fire Ms McAree was made in conjunction with the company’s two other directors, who were only identified by their initials in the decision.

He said he would have executive power in the matter.

The court heard that a company director had been appointed to replace Ms McAree.

Regan O’Driscoll of Colleen Cleary Solicitors said her client “didn’t dispute that the dismissal was unfair but needed to put the matter into context”.

Mr Hickey, on behalf of the complainant, said the dismissal was ‘grossly unfair’ and that the care home was ‘trying to blame’ its client.

In her direct evidence, Ms McAree said that after losing her job as Director of Nursing, she took up a position as Clinical Nurse Manager at an HSE hospital in the North West and was losing 30,000 to 35 000 € per year.

She said she had “lost confidence” to get a senior private sector job again because of what had happened.

In his decision, arbitrator Emer O’Shea wrote that the company had “not produced or specified evidence to support [the] inferences of misconduct or poor performance on the part of the plaintiff”.

She said Mr Darcy’s testimony about the decision to fire Ms McAree and replace her with a director had been “confusing and inconsistent”.

Plaintiff’s counsel’s argument that the proceedings were “devoid of natural justice” was “compelling and persuasive”.

It ruled that the dismissal had been substantively and procedurally unfair and ordered the employer to pay Ms McAree compensation in the amount of €63,740.38.

Ms O’Shea said this took into account the company’s behavior and the complainant’s loss of four weeks’ pay after she was made redundant and her new lower public sector pay.