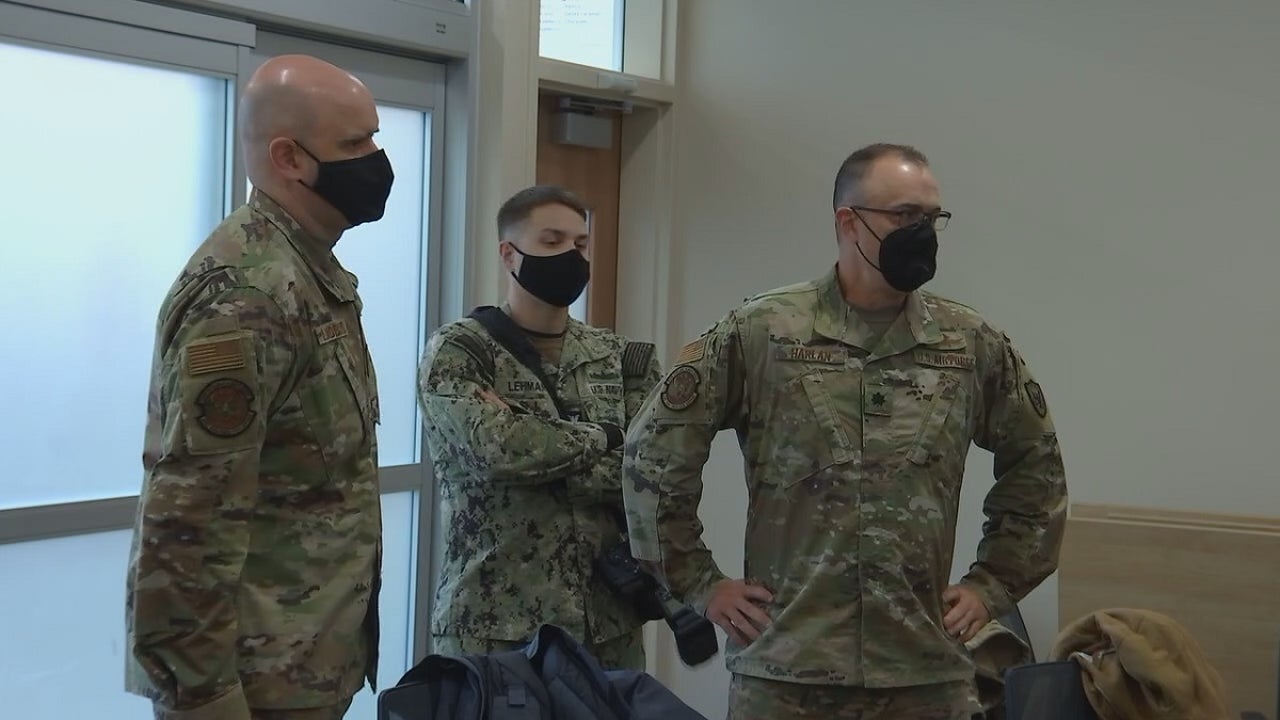 ST. PAUL, Minnesota (FOX 9) – Minnesota’s healthcare workforce is so reduced during one of the nation’s worst COVID-19 outbreaks that the state is increasingly turning to the military for help.

“So that we can make an appeal for help, I hope the community will hear it,” Jennifer DeCubellis, CEO of Hennepin Healthcare, told reporters Monday. â€œWe’re not at full capacity. Most of the time, we’re overcapacity.”

The federal team will help equip a 10-bed inpatient unit that will serve as a relief valve for the emergency department. Currently, emergencies are receding because there are not enough inpatient beds, forcing the hospital to turn away five to 50 transferred patients per day, said Dr Dan Hoody, the hospital’s chief medical officer.

â€œThe main bottleneck right now is the emergency department beds,â€ Hoody said. â€œIt’s not uncommon for a doctor in rural Minnesota to call us several times a day to find a bed.

Walz said last week that another 22-member unit will arrive at St. Cloud Hospital this week to help resolve staffing issues. Other hospitals have asked for help, but federal teams themselves are in short supply, Minnesota Health Commissioner Jan Malcolm said.

At the same time, Minnesota is looking to the National Guard to resolve issues in long-term care facilities.

Over the next week, members of the National Guard will begin training as certified nursing assistants and temporary nursing aides, the governor said in a press release. National Guard teams will deploy for up to three weeks at a time to nursing homes requesting help from the Minnesota Department of Health.

LeadingAge Minnesota, a trade group that represents senior care facilities, estimates that 23,000 jobs are open, or 20% of the industry’s workforce.

â€œWe are actually losing more staff than we can recruit on a monthly basis,â€ said Kari Thurlow, senior vice president of advocacy for the group. “We hope today’s action will help reverse this trend and stabilize the workforce.”

Guard members will also continue to be deployed to three hospital decompression sites in Shakopee, Brainerd and St. Paul to provide transitional care to patients who no longer require hospitalization.

Walz also said he would use $ 50 million in federal funding to help hire and retain employees in long-term care facilities. Facilities must use at least 90 percent of emergency grants for hiring and retention bonuses. Nursing facilities can use the remaining funds to offset increased payroll taxes, workers’ compensation premiums, and associated federal and state unemployment insurance premiums.

The governor’s office has not published specific bonus amounts or a timetable. Thurlow said she expected the grant amount to depend on the amount of Medicaid a facility receives and its number of residents.

The $ 50 million US bailout is Walz’s purview. On Monday, the governor’s administration submitted the spending plan to a legislative advisory committee for review.

Also on Monday, Republicans in the Minnesota Senate proposed a special session to approve a nursing home assistance program of up to $ 200 million in federal funds. The money would create bonuses of $ 1,500 for staff retention and re-enrollment of former employees, and up to $ 2,000 in training and enrollment bonuses for newly trained certified practical nurses.

But the Senate GOP was silent when asked if it would use the special session to vote to fire Health Commissioner Jan Malcolm. Some Republicans have applied for Malcolm’s post and Walz has said he will not call a special session unless the GOP drops the threat.

About 70% of nursing homes in the state are limiting the number of residents due to staffing issues, Thurlow said.

The state is grappling with the nation’s second-worst COVID-19 outbreak, behind Michigan. Minnesota’s average seven-day positivity rate was 9.7%, while 1,373 people were hospitalized – a 40% increase since early November.