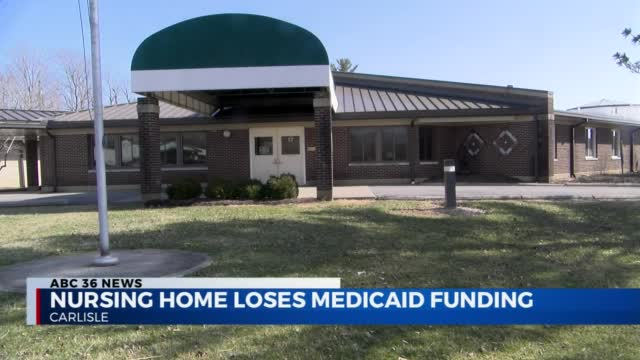 CARLISLE, Ky. (WTVQ) — A negative report from the Kentucky Inspector General’s office regarding a retirement home in Carlisle has resulted in a loss of Medicaid funding, which could force the facility to close. However, there are conflicting statements from each entity on whether there is a possibility of making adjustments so that the facility can remain open, or whether the facility will close regardless, leaving nursing home residents in limbo.

The Office of the Kentucky Inspector General (OIG) released a report on December 8, 2021 on Johnson Mathers Health Care, a retirement home in Carlisle. The report, linked at the bottom of this article, is over 400 pages long. In it, the OIG details the alleged violations, including some involving improper administration of CPR and the theft of painkillers by nurses.

The OIG released the following statement about Johnson Mathers:

“The Office of Inspector General (OIG), within the Cabinet for Health and Family Services, has identified several regulatory deficiencies at Johnson Mathers, a long-term care facility. The findings were considered the most serious breaches for healthcare facilities. During the investigations, immediate perils (IJ) were identified. Based on the noncompliance and substandard quality of care identified during the investigations, the results were reported to the federal Centers for Medicare and Medicaid (CMS). After reviewing the findings, CMS made the decision to terminate CMS funding to Johnson Mathers. The Division of Health Care (DHC) within Cabinet will oversee the transition process. DHC works closely with the state Department of Community Services, Department of Medicaid Services, and the Office of the Ombudsman when transitioning residents to new facilities. The facility will remain open under state and federal supervision until all residents are placed elsewhere. Our priority is to ensure the safety and well-being of Kentucky’s most vulnerable citizens, such as those who live in Johnson Mathers.

“Johnson Mathers Nursing Home has worked diligently to resolve the issues raised by the state investigative agency. Regardless, a decision has been made by CMS not to allow investigators to come in person and to verify corrective action. We are deeply saddened for our residents, their families, and the community we serve regarding this decision, which results in the termination of our agreements with Medicaid/Medicare providers and requires residents to leave their homes. “We will continue to execute on our mission to provide quality services in a caring environment. The safety and well-being of our residents and the support of our staff remain our priority.”

ABC36 was not permitted to enter the facility, but administrators ushered out three residents who they believe asked to speak to us. Residents defended the nursing home saying they did not want to leave.

“I think this place is a great place for them and I would like it to stay open,” said resident Jackie Anderson.

“I don’t know where I’ll go if they close. Which a lot of people feel that way. This is our home,” said resident Sandra Brown.

“Leave us where our family is,” said resident Mary Smart. “It’s our big family, but we have family outside the nursing home.”

Smart says a petition to stay has been sent to residents and employees and garnered 106 signatures. The petition reads as follows:

“We residents love our home and want to be here. We don’t want to change our living conditions. This closure of the place would not benefit us in any way.

The employees here love our job and especially our residents. It would be so heartbreaking for all of us.

Johnson Mathers says the state is supposed to take another look to see if previous issues have been resolved before it closes permanently. ABC36 has reached out to the state for more information on what’s to come.

This is a developing story. Check back with ABC36 for updates.