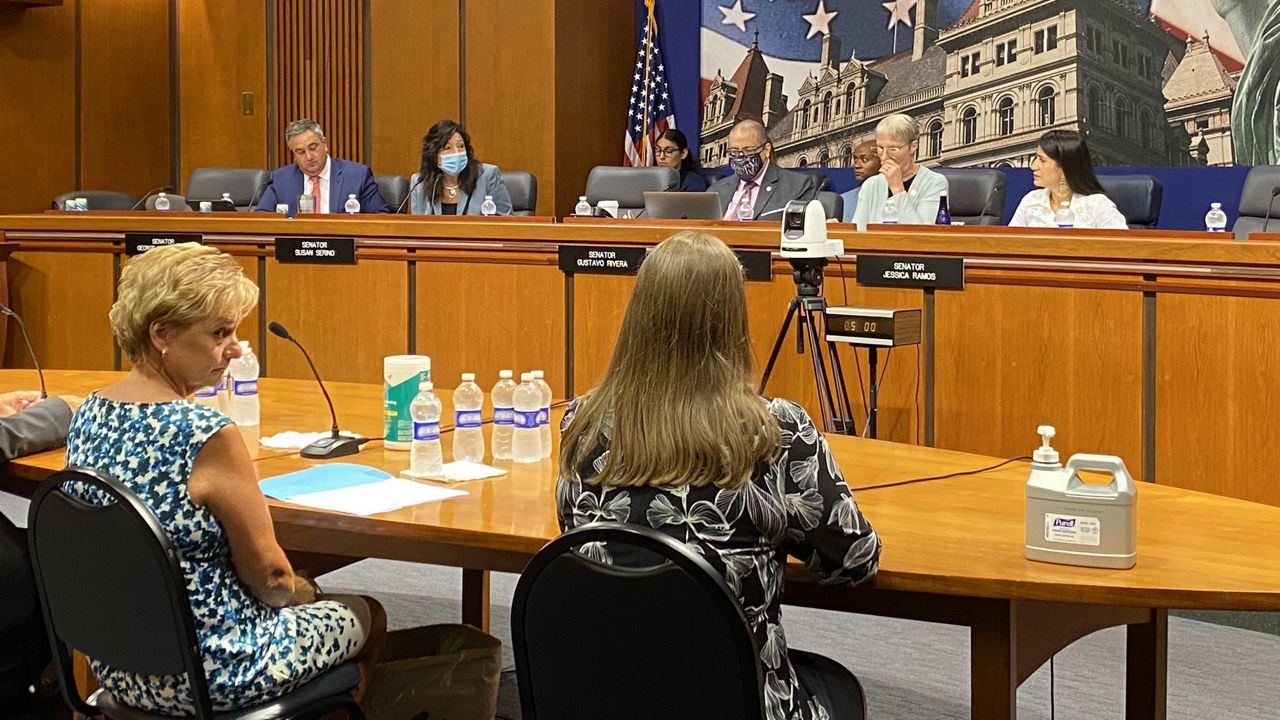 The COVID-19 pandemic has put enormous pressure on healthcare workers. On Monday, the Senate held a hearing examining some of the challenges facing nursing home and assisted living workers in particular.

Nursing home and assisted living workers are currently paid at or near minimum wage, which is $ 12.50 for upstate New York and $ 15 an hour for the city of New York.

At the same time, across the state, fast food workers earn a minimum wage of $ 15 an hour.

Dora Fisher of the New York State Healthcare Association explains that many of these healthcare workers just can’t afford to stay in this field.

â€œYou can get a job at Walmart stocking shelves for about the same pay you would get in a nursing home,â€ Fisher said. â€œAnd the work in nursing homes is incredibly exhausting. Even though people are excited about aging, excited about old people, it’s still pretty hard to swallow the toilet, the toilet, all that kind of work, when you can just work at Walmart.

Recently passed nursing home reform bills will force nursing homes and assisted living facilities to hire more workers to meet new minimum staffing requirements by next year. But facilities are not only saying that there aren’t enough people to hire, but they can’t afford to either.

Operators of these facilities testifying at the Senate hearing said one of the main reasons they cannot raise the wages of these workers is because the state has not increased its Medicaid reimbursement. at these facilities for over 12 years.

Operators say they should increase the cost to residents, who have a fixed income, in order to increase workers’ wages.

â€œRemember, for most establishments that means you pass it on to the resident, who has a fixed income,â€ said Lisa Newcomb, executive director of the Empire State Association of Assisted Living. â€œYou know, something has to give at some point. “

Many facilities have also expressed frustration that they still have to submit detailed nursing home data to the Department of Health every day before 1 p.m.

Regulations that were only used during severe disasters are now still enforced, even after the state of emergency has been lifted.

Senator Sue Serino asked Senator Rachel May, chair of the Committee on Aging and who was responsible for scheduling testimony, about why the Department of Health was not invited to the hearing.

The Department of Health is not only the primary regulator of nursing homes and long-term care facilities across the state, it also plays a vital role in directing funding to various initiatives.

“Have they been invited today? Serino asked.

â€œWe decided it was really about hearing solutions from outside the department so that we could report back to the department,â€ May said.

â€œBecause they have a huge role to play in this, I’m just a little surprised that they’re not here with us,â€ Serino said. “It’s a little disappointing, but thank you.”

During a break in the audience, Serino explained his comments inside, saying “They should have been here because they’re the watch, so they should hear all of this and contribute to that.” I just don’t understand why they’re not there.

The hearing also looked at the challenges facing home health workers, a problem Spectrum 1 News will continue coverage on Wednesday.