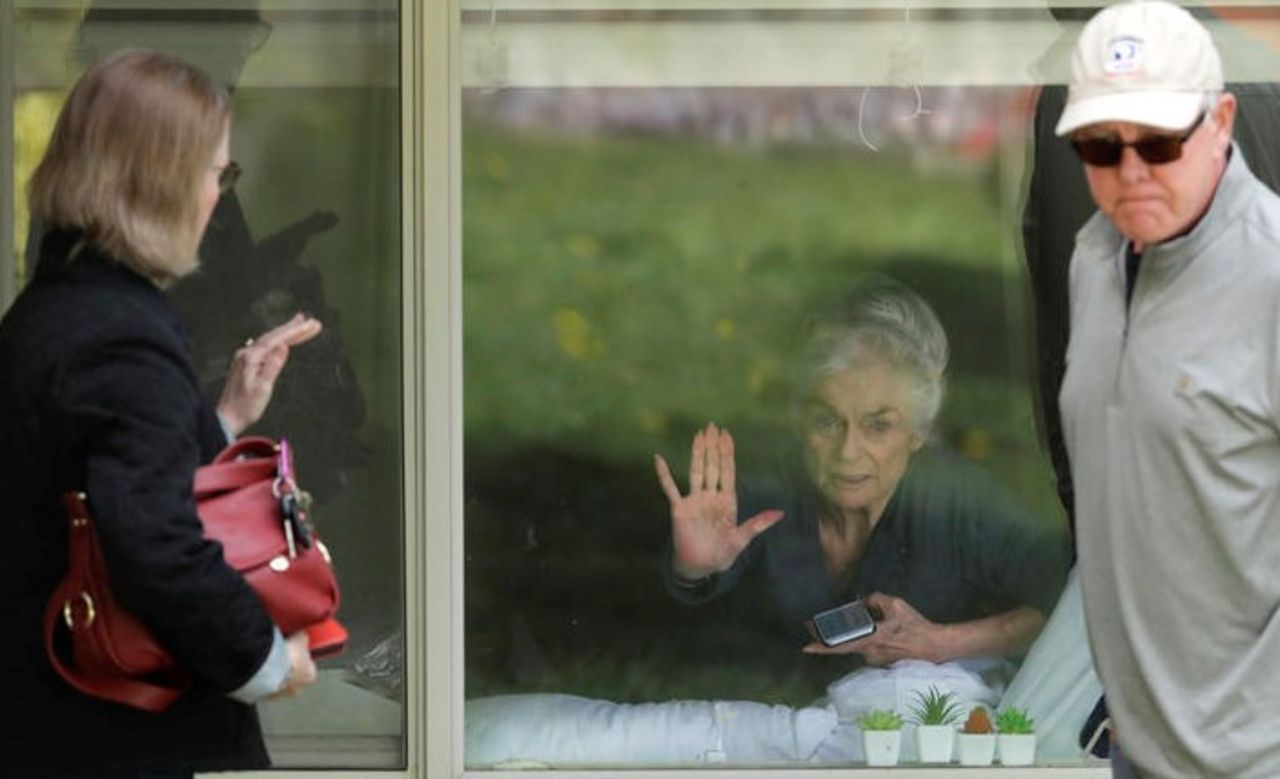 COVID-19 infections and deaths among nursing home residents and staff took a terrible toll last month according to the latest health data. In the week ending Jan. 23, there were 42,584 resident cases, according to data from the Centers for Disease Control and Prevention (CDC). That number surpassed the record set during last winter’s surge, when vaccines were just beginning to become available.

The number of resident deaths has been rising weekly for the past month, with 1,298 people dying from the virus in the week ending January 23. However, that figure is down from 4,100 deaths reported in the same week from a year ago, according to the CDC.

Nevertheless, the latest figures show how the highly contagious variant of Omicron has hit the at-risk group of nursing home residents and staff with another preventable wave of infections and deaths.

These figures follow a report by the Kaiser Family Foundation, which revealed that more than 200,000 residents and staff of long-term care facilities have died since the start of the pandemic in early 2020, representing at least least 23% of all COVID-19 deaths in the United States.

Dr. Eric Feigl-Ding, an epidemiologist and senior fellow with the Federation of American Scientists, told The Associated Press as cases spiked in mid-January: “We need to build a Fort Knox around protecting homes from retire, but we don’t. this right now, and that’s why the cases are increasing,” adding, “We are going to have an exponential number of hospitalizations and deaths.

Vaccinations have saved lives and prevented even deadlier outbreaks in long-term care homes, with recent tolls dwarfed by horrific records set in December 2020, when 6,200 deaths were recorded in a week.

According to the CDC, 87% of nursing home residents have been fully vaccinated, with 63% receiving a booster shot. The number of fully vaccinated employees is 83%, of which 29% have their boosters. The US Supreme Court recently upheld a Biden administration mandate requiring most healthcare workers to get vaccinated.

Breakthrough infections are still happening, despite vaccines and safeguards such as social distancing and increased testing. The Webster at Rye nursing home in New Hampshire was hit by an outbreak in late November as its staff and residents were 100% vaccinated, although many were unboosted and awaiting their shots. Six residents died from it while dozens more were infected, including 20 staff members.

A Kaiser Family Foundation analysis of data from the Centers for Medicare & Medicaid Services found that 25% of nursing homes that sent tests to a lab waited an average of three days or more for results in January. A month earlier, this figure was only 12%.

Long waits for test results render them virtually useless according to health officials, forcing many nursing homes to rely on rapid antigen tests. However, these have been compounded by shortages that further strain efforts to contain Omicron in nursing homes. Experts point out that any delay in testing means outbreaks can appear undetected, and breakthrough infections in older people appear to cause more severe symptoms.

The Biden administration is sending 1 billion rapid COVID tests to households and 2.5 million more tests every week, but health experts say that’s not enough. A January survey by LeadingAge, which lobbies for nonprofit nursing homes and other care for the elderly, found that 76% of nursing homes had adequate testing supplies, but the replenishment of supplies was becoming more difficult. The American Health Care Association estimates nursing homes need 5 million tests a week.

Rising COVID-19 cases among nursing home residents and staff have also caused a shortage of admissions, creating a backlog of patients stuck in hospitals. Normally hospitals would offload patients into residential care, but the rise of Omicron has meant these facilities have seen many staff fall ill and unable to transfer new patients.

Staff shortages in nursing homes have included 234,000 carers leaving their profession during the pandemic, a reduction of 15%. At one point during the pandemic, health care work was listed as America’s most dangerous occupation, according to death rates. These working conditions and shortages led Wisconsin to train 200 National Guard members to work as health care aides.

Nursing homes have struggled with understaffing for decades even before the pandemic. Many workers rightly feared they could bring the coronavirus back to their families, while others struggled to care for children due to school and daycare closures. Many have fallen ill or died, or simply moved on to less dangerous and better paying jobs.

Nursing home admissions are still not at pre-pandemic levels, with some patients delaying procedures, such as hip replacements, because it would mean staying in a nursing home or in a declining facility. Many were also rightly concerned about the high rates of death and illness in nursing homes as well as the isolation and loneliness.

Residents also complain of substandard care in their facilities, such as not being changed or not receiving meals on time. Laurie Facciarossa Brewer, New Jersey’s long-term care ombudsman, told NPR that her office has received complaints that one nurse is caring for more than 50 residents at facilities, when the normal ratio should be one certified practical nurse for every eight residents. the day shift. New Jersey has also deployed National Guard units to assist nursing homes with labor shortages.

Many nursing homes have been forced to close or close wings of their facilities and reduce the number of new patients they accept, further exacerbating pressures on hospitals and key carers.

The average length of stay in a hospital for patients discharged to a nursing facility has increased by 21% in the past month compared to 2019, according to Careport, a company that connects patients from hospitals to long-term care facilities. duration. The average hospital stay for patients transferred to home care agencies, which also face labor shortages, also rose 14% over the same period.