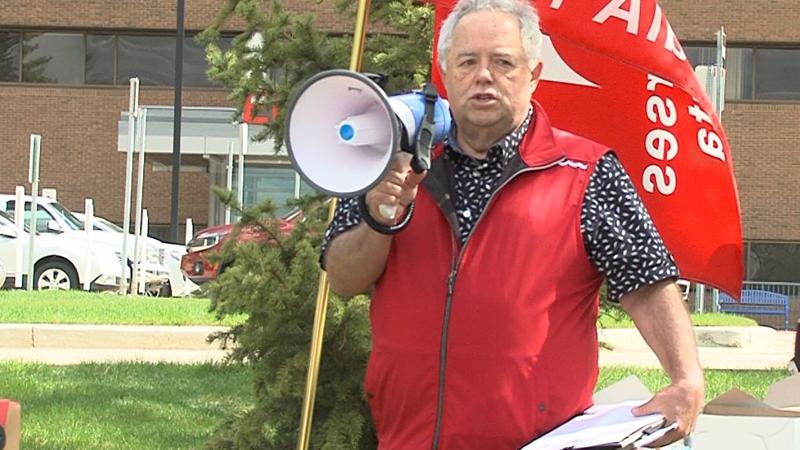 Megan Eggins is a Registered Nurse and President of Local 70 of the United Nurses of Alberta. She too is worried about what privatization would entail.

“My concern is that not all Albertans will receive the same standard of care. My biggest concern is that those who can afford it get it and those who can’t they are going to be lost and forgotten putting more pressure on the public health sector and also taking away a lot of nurses . We are already understaffed. Not just nurses, all healthcare workers,” she said.

Eggins said the nurses had been in survival mode for two years, with staff working over time and short-staffed. Stress is high, she says, and concerns about mental health persist.

“I can speak for myself but in the fall with the Delta wave it impacted a lot of people. Personally, I just know RNs, but there were about 40 of us who were redeployed, reassigned, and you were removed from your role and put in another, and some of us saw things that we never would have thought see in our career, and it was traumatic,” she said.

“Personally, I was in the COVID-19 unit and, it was, it was a very sad experience. Never in my life would I have thought to see such acuteness, and an illness invading an entire unit,” she added.

Eggins said the pandemic has resulted in an exodus of nurses and medical professionals who are just finished. For nursing in particular, she said there needs to be more emphasis on recruitment and retention, as well as proper mentorship for new nurses.

The rally in Medicine Hat was part of a province-wide initiative. Rallies also took place in Lethbridge, Red Deer, Calgary and Edmonton.