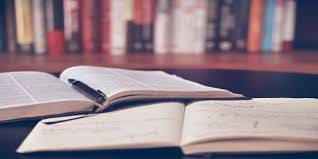 The Punjab cabinet gave the green light on Wednesday to revise the fee structure in various nursing courses starting in the 2020-21 academic session. The decision was taken at the cabinet meeting, chaired by Chief Minister Amarinder Singh, to strengthen medical education and infrastructure within government and private medical schools, according to a statement.

The fee increase, however, will only apply prospectively to new students joining the 2020-21 semester. All currently enrolled students will continue to pay at the old rates for the full course, he said.

A spokesperson for the chief minister’s office said the revision had been proposed with regard to the nursing assistant and midwifery (ANM) course in public and private nursing colleges, the Bachelor of Science nurses (basic) and the bachelor’s degree in nursing (post-basic) from private colleges in the state.

This is in line with the recommendations of a committee formed under the direction of the principal secretary of the Department of Medical Education in accordance with the 2017 orders of the High Court of Punjab and Haryana, according to the statement.

The spokesperson said the committee, after detailed deliberations and taking into account the structure of fees in other states, as well as the increase in overall spending, unanimously recommended that the fees for institutions governments are set at a lower level than that of private institutions.

There would be no increase in fees for the BSc Nursing (Basic) and BSc Nursing (Post Basic) courses, which are Rs 40,000 per year in government institutions. However, in private establishments, it is proposed to go from Rs 40,250 to Rs 50,000 per year. The committee had not proposed any increase in the fees for master’s degree courses in nursing in government institutions, which are Rs 1 lakh per year, and in private institutions where they amount to Rs 1.75 lakh.

In line with the committee’s recommendations, the cabinet also approved a five percent annual fee increase for government and private institutions for five years for subsequent batches, with review after five years.