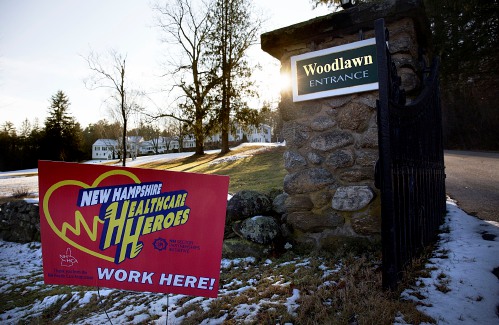 NEWPORT – The Woodlawn Care Center ended its latest COVID-19 outbreak last week without any deaths, according to the facility administrator.

That’s four fewer deaths than the Newport Nursing Home has had during its epidemic last fall. Facility administrator Chris Martin attributes this to vaccinations.

â€œWe’ve had groundbreaking cases – 11 out of 12 cases among staff and residents were fully vaccinated – but deaths and hospitalizations (were) down significantly,â€ Martin said.

The 53-bed nursing home on Pine Street in Newport also had six hospitalizations during last year’s outbreak, which included a total of 57 people; 33 residents and 24 employees. This outbreak lasted 46 days and ended in mid-December.

The recent outbreak, which lasted 30 days and ended last Thursday, included a total of 12 cases, including seven residents and five employees. Only one resident had to be hospitalized during the outbreak.

Last year vaccinations were not yet available, but this year around 80% of workers and 100% of residents were vaccinated. Vaccines are not yet mandatory for nursing home workers, but federal officials said a requirement arrives.

Elsewhere in Newport, Summercrest Senior Living on Summer Street was on the New Hampshire Department of Health and Human Services list of long-term care facilities with active outbreaks last week. There have been nine cases, including five residents and four employees. No deaths have been reported.