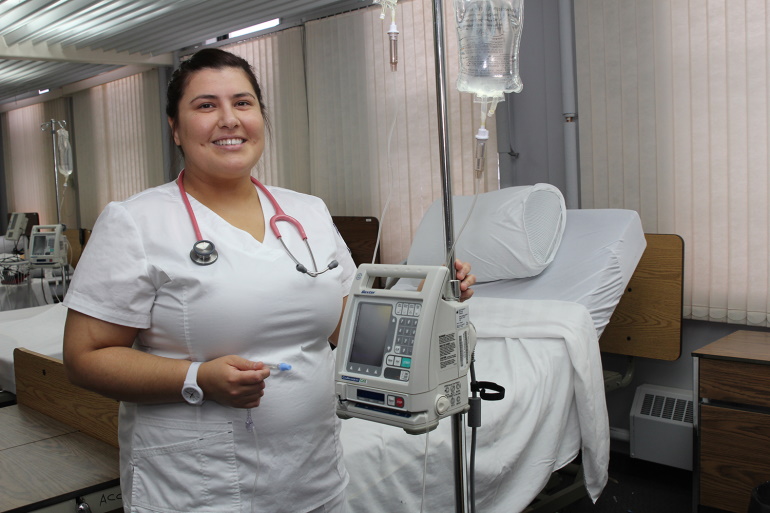 A rotational nursing course is gearing up to come to Arborg this fall.

Marc Frison“The college provides hands-on nursing in a number of ways,” says Frison. “We have permanent sites in Winnipeg, Portage, Brandon and Dauphin. And then we have the ability to offer rotating sites. These go to various places in the province.

He explains that this current offer of the nursing program was announced last week and will start at Arborg in September.

“It’s an intake, which is basically 25 students,” says Frison. “They last two years. We’re working with the health regions to help find locations, so we’re currently working with Southern Health and Prairie Mountain Health for other locations at the same time. So there will actually be four of those sites rotary in motion at all times once they are all operational.”

He notes that venues are announced as they are confirmed.

“Usually the health authority helps identify locations that they think would be good, based on their labor needs and then facility availability,” Frison continues. “Facilities are one of the key things to make sure we have a place where the nursing program can be delivered appropriately. In the other places we are still working on that, and hopefully we will make some announcements on other locations in the coming weeks.”

Frison explains all about accessibility for those who want to take the training.

“One of the things you want to make sure is that we have programs running close to where people are needed,” adds Frison. “By offering it in rural communities, it helps people who might be tied to a place to be able to attend the programs. And then, too, they are much more likely to go to work in the local health care facilities. So usually with rotating sites, we’ve actually imposed a location preference for people who live a certain distance from the site so that locals can access it.”

He says applications are being taken for the Arborg site from January 31 to April 18.

“We do it by competition, so people will apply and then be notified of the decisions,” says Frison.