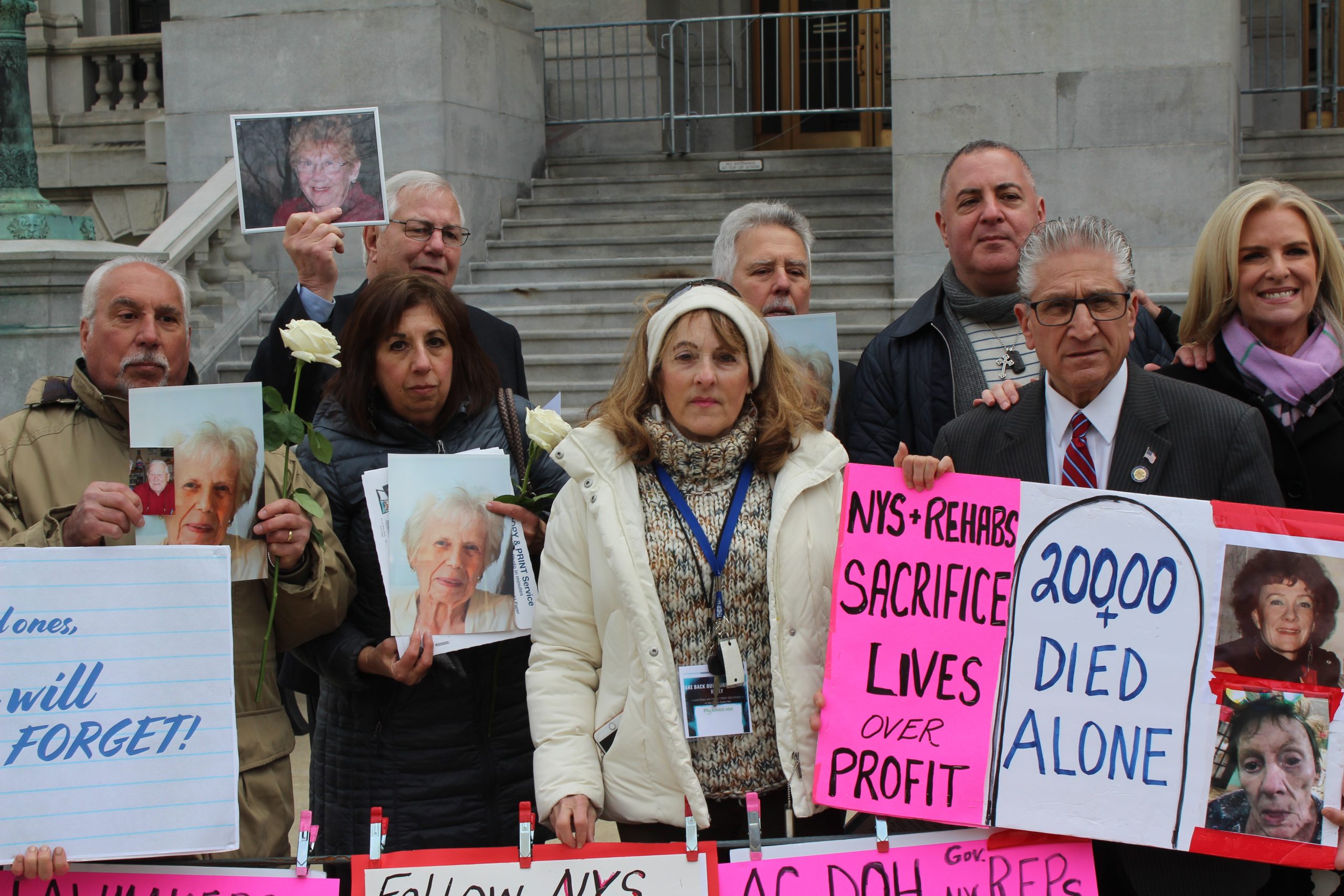 The Senate Health Committee has passed a bill that would create a temporary state commission with subpoena power to investigate the more than 15,000 deaths of nursing home residents in the state of New York during the COVID-19 pandemic.

The law project (S.8285), sponsored by Sen. James Tedisco, R-Glenville, left the Senate Health Committee on April 26 and now resides on the Finance Committee. Legislation is sponsored in the Assembly (A.3162) by Ron Kim, D-Queens.

Each appointee would be required to have expertise in health care and health care policy. The members of the Commission would not be paid and they would have the power of subpoena. A report would be publicly released and sent to the Legislative Assembly with findings and recommendations for the future.

“We remember that each life lost was more than just a statistic, these people were someone’s spouse, parents, grandparents and siblings and they deserve justice,” Tedisco said. “I appreciate that members of the Senate Health Committee passed my bill for an independent, bipartisan investigation … into the deaths of thousands of New Yorkers in our nursing homes.”

Tedisco calls on his colleagues on the Senate Finance Committee to move the bill forward and on Senate leadership to bring this measure to the Senate for debate and a top-down vote “so that we can get answers for the families who have lost loved ones in state-regulated nursing homes,” he said.

The commission created by this legislation would be funded from the existing state budget for investigators. A report to the Legislative Assembly of findings and recommendations for the future would be released by November 30.

Tedisco and Kim say the bill is an effort at “true bipartisanship,” a relative rarity in politics today. A record of the Health Committee votes for the bill shows this to be true. Although the bill has a Democratic co-sponsor in the Senate – Senator Julia Salazar – of the 13 senators who voted “yes”, four of them are Democrats and four others voted “yes with reservations”.

The only “no” was voiced by Senate Health Committee Chairman Gustavo Rivera.

The bill’s memo states, “This legislation will remove the policy of getting to the bottom of this terrible tragedy because this investigation would be overseen by bipartisan individuals appointed by both houses of the Legislative Assembly.”

Earlier this session, Tedisco, Kim and other lawmakers held a rally with the families of the victims on the lawn of the state Capitol to remember those who died in nursing homes during the pandemic.

The group advocates for a bill (S.8217/A.9691), sponsored by Senator Robert Orrt and Assemblyman Kim, which would establish March 25 each year as “We Care Remembrance Day”. This day would honor nursing home residents who have lost their lives to COVID-19.

The bills are a response to former Governor Andrew Cuomo’s decision to release an executive Ordered on March 25, 2020 which forced forced nursing homes to admit inpatients discharged from hospital who were infected with COVID-19. Many believe that order was directly responsible for the overwhelming number of COVID-19-related deaths in nursing homes under Cuomo’s administration.

“We think it’s important to recognize that the March 25 Executive Order was one of the biggest mistakes the state has made in sending COVID patients to unprepared nursing homes,” the MP said. Kim. “We want families to understand that we care, that we want to acknowledge mistakes and that we want to improve and that’s how we can honor them.”

“The state has dramatically underreported nursing home deaths,” said Senator Sue Serino. “Notice my words, we will never forget. It is never too late to do well.”

Supporters, like Vivian Zayas, the founder of Voices for Seniorsalso spoke.

“Today and every day is a day of remembrance. It is our responsibility to ensure that every senior in every state is treated with dignity and love,” Zayas said.

“We never know when this pandemic is going to happen again like it has in the past,” Tedisco said. “We know that in the future it’s likely to come back and that’s why it’s so important to understand the real science behind the disease and what this governor and this commissioner in the past did wrong and what they did well.”

Caleb Guerrido is a senior at SUNY New Paltz majoring in journalism. He wants to become a sports broadcaster/podcaster and eventually own his own podcasting network. In his spare time, Caleb enjoys listening to and creating podcasts, hanging out with friends, and making money moves.