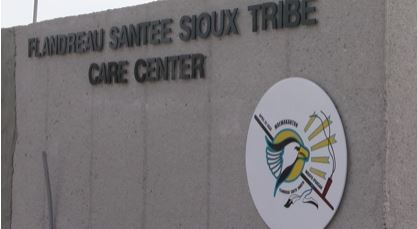 FLANDREAU, SD (KELO) — The question arises with the age of loved ones: how to take care of them when their daily needs require more regular medical care?

Brett Hoffman, director of public policy and communications for the South Dakota Health Care Association, said 12 South Dakota nursing homes have closed permanently since 2017. The state learned more Thursday about what a candidate as governor planned to solve the problem.

“On day one of a Jamie Smith administration, we will be developing a Blue Ribbon Task Force that will be led by Lieutenant Governor Jennifer Keintz here, and she has her own expertise on this,” the Democratic presidential nominee said. Governor Jamie Smith. “This task force will focus its attention on studying proven methods of keeping our nursing homes open.”

“Almost every family will be faced with long-term care decisions at some point,” Keintz said. “If current policies continue, more facilities will be forced to close.”

“It has also become increasingly difficult for care homes to retain staff,” Smith said. “When they don’t get paid enough, people quit their jobs, and those jobs are then filled by travel companies who can charge up to $200 an hour for setups. This is not sustainable for our care facilities.

In addition to the gubernatorial race, South Dakota voters are considering Constitutional Amendment D that would expand Medicaid eligibility. If it passes, more people would be eligible for this federally and state-funded medical coverage. Smith shared strong support for the expansion.

“State data that we have suggests that 27 nursing homes in South Dakota are at risk of closing through 2023, and you know, many of those nursing homes are in rural communities,” a said Smith. “Our Medicaid reimbursement rates are far lower than neighboring states, making it difficult for facilities with a high percentage of Medicaid patients to stay open.”

Get to know the candidates for state legislature in your district

KELOLAND News has also reached out to Governor Kristi Noem’s campaign for this report; Noem is the incumbent Republican in the gubernatorial race. They referred us to a spokesperson for the governor’s office who said in an email that they had sent the request to the Department of Human Services. That spokesperson later said by phone that the state government was reviewing KELOLAND News’ question about the governor’s plan to deal with nursing home closings.