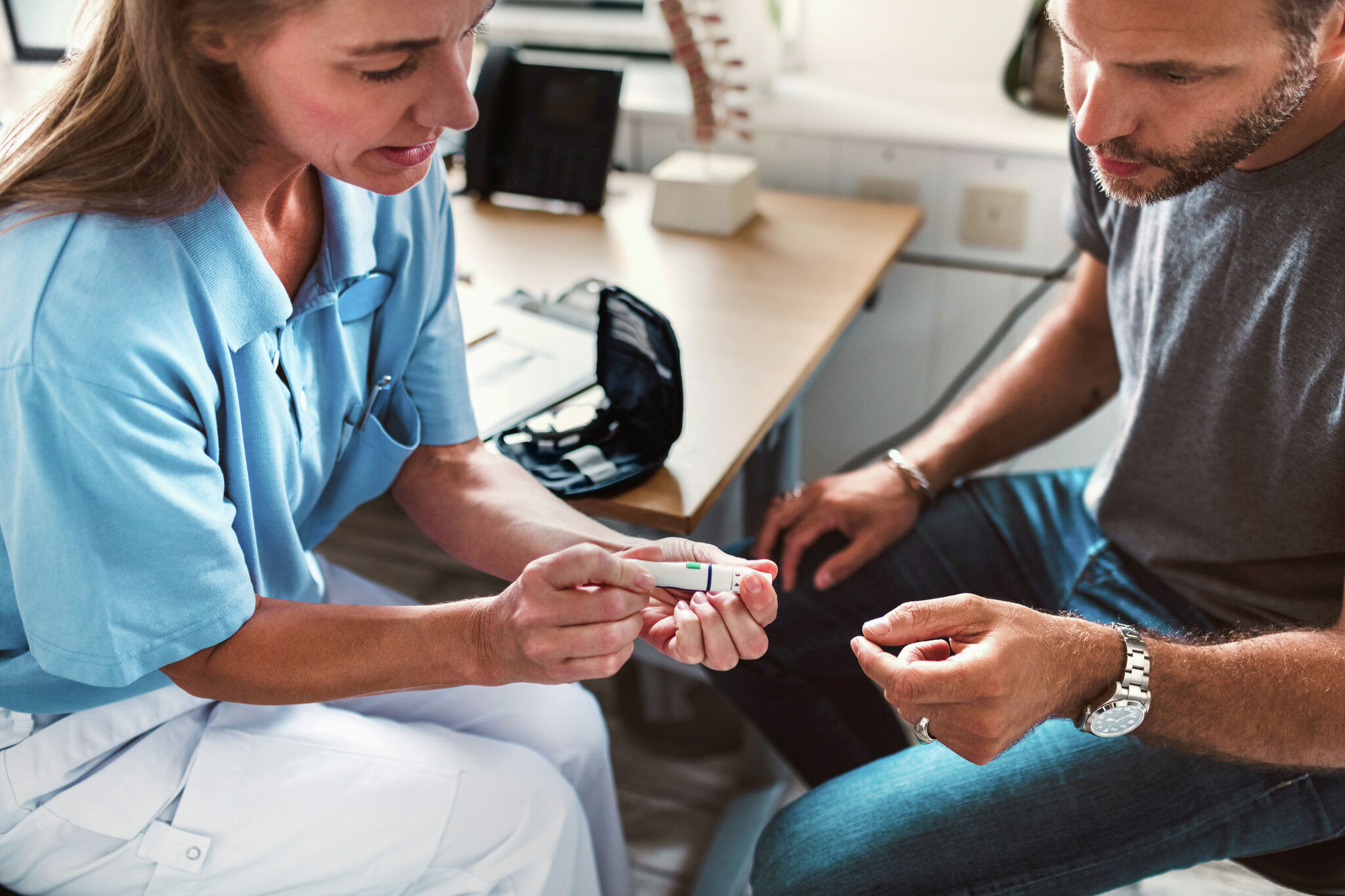 The rate of Americans being diagnosed with diabetes isn’t slowing, and the Covid-19 pandemic has only heightened the risks and concerns about this debilitating chronic disease.

According to the American Diabetes Association, 1.5 million people will be diagnosed with diabetes this year. So why aren’t more people talking about it? The pandemic may have shifted collective attention. After all, a nation in health crisis mode can only focus on so many issues at once. Still, hospitalizations and deaths from diabetes or related complications were just behind the elderly and nursing home residents.


Aside from the buildup of the pandemic, the disease was not getting the attention it deserved, in part because of how the stigma around diabetes affects our concern, even though it affects more people each year.

Between 1980 and 2014, the number of people with diabetes increased from 108 million to 422 million. “The prevalence has been increasing faster in low- and middle-income countries,” reports the World Health Organization. Diabetes can lead to blindness, kidney failure, heart attacks, strokes and lower limb amputation.

“Diabetes is always swept under the rug because in the minds of so many people they simply associate it with poor health habits and being overweight,” says Deena Fink. She is a bartender in addition to running a small online knitting business.

Most of the time, her type 1 diabetes doesn’t slow her down. It is a disease with which she has lived for 16 years. “What really needs to change is the stigma of diabetes,” Deena explains in an interview with Wealth of Geeks.

She is grateful for her health care plan, despite the barriers she often faces getting her medication. “They have to start treating it like a chronic disease.”

Like many others during the first months of the pandemic, Deena was afraid to leave her house. “I didn’t even want to leave the house to go shopping,” she says. The risks are different for someone with a chronic disease. “I just caught a cold, I was knocked out for several days.” She also couldn’t go to a doctor’s office.

“You’re supposed to do your A1C quarterly,” she explains, but she couldn’t see her doctor for a year and a half. Instead, Deena had to estimate what those numbers would be. The A1C test provides a three-month average of what blood sugar levels should be. This is how a person with diabetes stays within reach.

Deena faces a monthly battle with the insurance company just to receive her regular dose of three vials of insulin. Without insurance, she would have to pay $175 per bottle.

Although lifestyle changes such as maintaining a healthy weight and diet, being physically active and quitting smoking can reduce the health risks associated with diabetes, this does not guarantee not that the disease will not have harmful symptoms over time. Moreover, COVID-19 increases these risks worldwide.

Diabetes was responsible for 6.7 million deaths in 2021, according to the International Diabetes Federation. In addition to the 537 million adults living with diabetes today, an additional 541 million have impaired glucose tolerance, a condition that puts them at high risk for type 2 diabetes.

And what about the financial side? The WHO reports that “diabetes has caused at least $966 billion in healthcare expenditure – a 316% increase over the past 15 years”.

As more people are diagnosed, the opportunities for visibility and change increase. People with diabetes often become advocates for change.

“Stigma can happen when you expose an ‘invisible’ disease like diabetes to the public eye,” says diabetes advocate Michael Donohoe. When he was diagnosed with type 2 diabetes, he was also diagnosed with heart disease. “I try to raise awareness and understanding by being as open as possible about my diabetes. I also advocate loud and clear for those newly diagnosed or severely affected,” he says.

Although the elderly and residents of nursing homes were the hardest hit by the virus, people with diabetes were right behind them. This news comes as the total number of deaths in the United States reaches 1 million.

“People with poorly controlled diabetes are particularly vulnerable to severe illness from COVID, in part because diabetes impairs the immune system, but also because people with the disease often struggle with high blood pressure, obesity and other underlying medical conditions,” reports The New York Times. .

People with diabetes must constantly monitor their disease. “It’s a disease that hurts,” Deena says, “because you never stop taking care of yourself. Every decision you make every day of your life will affect your diabetes.”

With diabetes diagnoses skyrocketing across the globe, it’s only a matter of time before the world stops hiding from this health crisis and confronts it head-on.