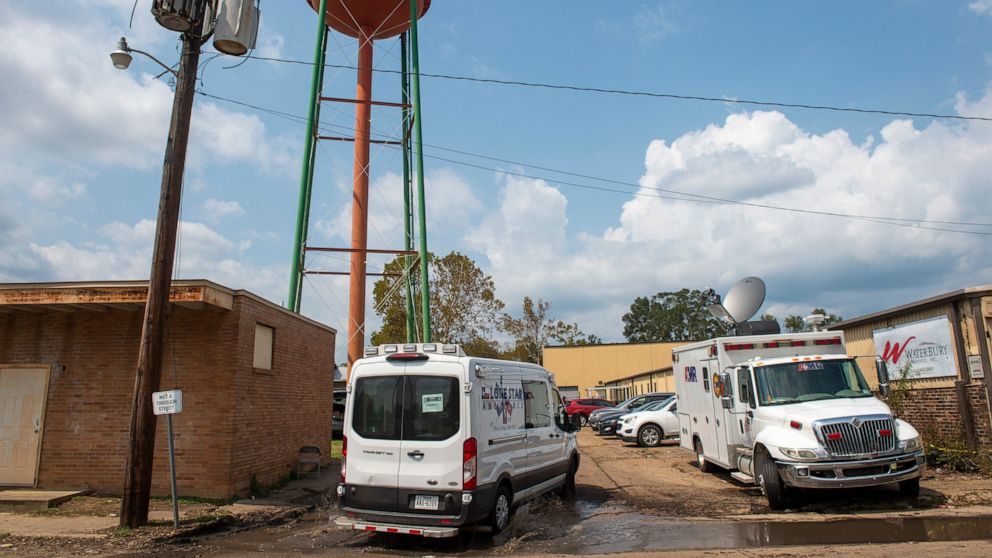 NEW ORLEANS — The owner of seven Louisiana nursing homes who sent more than 800 of his elderly residents to an overcrowded and ill-equipped warehouse to ride out Hurricane Ida last year was arrested Wednesday on charges of fraud and cruelty stemming from the squalid conditions.

Bob Glynn Dean Jr., 68, had previously lost state licenses and federal funds for cramming his residents into a facility in the town of Independence, about 110 miles northwest of New Orleans. There, authorities said they found sick and elderly people lying on mattresses on the wet floor, some screaming for help, others lying in their own waste. Some had arrived without their medication, according to a doctor. Civil suits against Dean’s company said the ceiling was leaking, the toilets were overflowing in the stuffy warehouse, and there was too little food and water.

Dean was in custody in Tangipahoa Parish on Wednesday, facing charges of Medicaid fraud, cruelty to the infirm and obstruction of justice.

Dean’s attorney, John McClindon, said Dean was told earlier this week of the warrant for his arrest. A resident of Georgia, Dean flew to Louisiana and visited on Wednesday. McClindon said Dean should be released on $350,000 bond.

Attorney General Jeff Landry said the criminal charges stem from allegations that Dean billed Medicaid for dates his residents failed to receive proper care at the warehouse “and engaged in conduct intended to intimidate or hinder public health officials and law enforcement.”

McClindon said he couldn’t comment on all of the charges because he hadn’t read the full warrant yet. But he said in a brief interview: “I don’t think Bob Dean did anything that reached the level of a criminal.”

In the days following the August 29 Ida coup, the state reported the deaths of seven people who had been evacuated to the warehouse in the town of Independence. Five have been classified as storm-related fatalities.

Dean then lost the state licenses for his seven facilities. In May, the US Department of Health and Human Services announced that it was barring Dean from receiving federal funding, including Medicare and Medicaid. At the time, McLindon, told The Times-Picayune/The New Orleans Advocate that Dean was appealing state license revocations and would be reinstated for federal programs if the appeals were successful.

Ida blasted ashore last August as one of the most powerful storms to ever hit the United States, knocking out power throughout New Orleans, blowing roofs off buildings and reversing the flow of the Mississippi River as it rushed from the coast into a major industrial corridor. . Ida’s landfall with winds of 150 mph (240 km/h) also marked the first time in recorded history that a state had consecutive years of winds of 150 mph or more.

At the warehouse where Dean residents were taken, state officials said conditions deteriorated rapidly during the storm. The generators used to provide electricity sometimes broke down. Residents were close at a time when the state was calling for social distancing due to the coronavirus pandemic. Some went without food for hours.