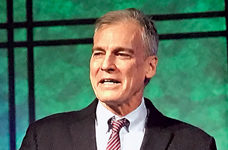 Although they are not as optimistic as at the start of the year, the conditions for the census of establishments are encouraging, said the head of the largest association of nursing homes in the country.

The next three months, however, will be critical in determining the fate of the nation’s more than 15,000 skilled nursing facilities, said Mark Parkinson, president and CEO of the American Health Care Association.

â€œWe were making very good steady progress towards census recovery until the delta variant hit and since then we have taken a break from recovery. We haven’t had a retreat, and I think that’s encouraging, â€said Parkinson McKnight Long Term Care News Friday.

“If we had had another 3% or 4% drop with delta, we would be in much worse shape than we are now,” he added. “We have plateaued at about 72% nationwide, and now we need to start rebuilding.”

In February, Parkinson said establishments needed to earn about 1% of the monthly census over the next year or else it would be “a real problem.” In January and February, nursing homes regained 0.8% to 1% in census per month.

“We were on the right track towards financial stability by the end of 2021,” he recalled on Friday. â€œThen the delta hit. We went from 67.5% to 72.5%. We still have 7% to go. We’ve been on hiatus for six weeks. The good news is we haven’t backed down, thank goodness.

Every Thursday, updated census figures are provided by the National Healthcare Safety Network (NHSN) of the Centers for Disease Control and Prevention. Last week, a 0.2% upside boost was seen after two weeks of a 0.1% decline.

â€œIf we can get back to where we were before delta, we could end the year in the 75% range. The area wouldn’t be fully restored, but we would be at the point where we could see the light at the end of the tunnel, â€Parkinson said.

â€œThen the hope would be that we would continue to recover at this rate, so by mid-2022 we would be back to pre-pandemic levels. It really is the best case scenario at this point. It’s not great, but we can survive this.

A continuous pause or retraction would mean “real problems,” he said.

He said COVID-19 infections must continue to decline in the general population so that hospitals can perform more elective procedures, which would lead to admissions to more skilled nursing facilities and better income stream.

â€œWe need life to get back to normal. I think it’s likely, Parkinson said measuredly. â€œIt would be ridiculous to be sure because this virus has proven to be unpredictable. But the trajectory looks good. I really feel like almost every week there is some good news.

The second need is for staffing conditions to improve, Parkinson said. Just as census levels hit historic lows during the pandemic, the industry is now struggling to find workers – more than ever. Many facilities have recently been unable to accept new residents due to historically low staff levels, Parkinson said, and some have announced closures.

â€œContinued supportâ€ must come from state and federal agencies, he added. It could help create competitive salaries and build career paths. â€œIf we don’t get that help, we just can’t be competitive,â€ he explained.

One silver lining, he recalled, is that the demographics have not changed.

â€œAs gloomy as it has sometimes appeared during COVID, the silver lining is that there are a lot of people who will be turning 80 who will need our services,â€ Parkinson said. â€œThe number of units on the skilled nursing side is going down, so if we can get through this very, very difficult year and a half and what should be very difficult nine to 12 months, we’ll be fine.â€