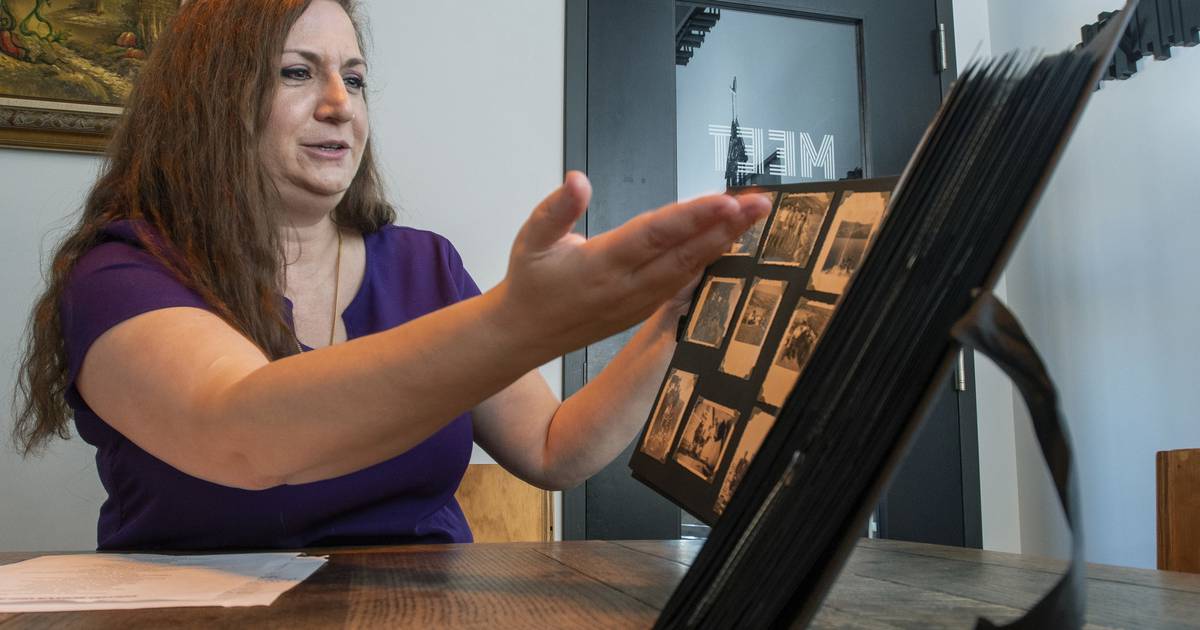 Gorgi Talevski, 85, died on October 6, 2021 in a retirement home in Bremen after being transferred there against his family’s wishes from the Valparaiso care and rehabilitation center.

His treatment at the Valparaiso facility, which is owned by the Health and Hospital Corporation and in turn Marion County, and transfer to Bremen began as a family battle to care for their patriarch, who they say was chemically restrained without consent to the care facility. not far from their home in Valparaiso.

It’s turned into so much more, as a case that has made its way through the federal court system and is now scheduled for oral argument Tuesday in the U.S. Supreme Court, with what family and attorneys Talevski said could have a profound effect on people’s ability to receive federal assistance to exercise their rights.

“The case exploded. It started as a very narrow problem and it exploded. It was shocking to me,” said Valparaiso attorney Susie Talevski, who began arguing for her father’s care in 2016, although she is not taking the case to the Supreme Court.

She first came through the Indiana State Health Department with her family’s concerns about the care of her father, who suffered from dementia. A state agency administrative law judge determined that Gorgi Talevski should return to Valparaiso Care and Rehabilitation, but an attorney for American Senior Communities, an HHC partner, said he could not back out. HHC has retirement homes throughout the state.

Talevski held up a copy of the nursing home bill of rights, which she said is posted in every facility across the country and given to patients and their families.

“Basically it says you have rights. You have protections,” she said. “In Indiana, that means nothing.”

She went back to the state health department to see what she could do to enforce the agency’s administrative judge’s decision and they told her she needed to get a lawyer and proceed on her own. .

She began studying the federal Nursing Home Reform Act, or FNHRA, which was signed into law by then-President Ronald Reagan in 1987, which outlines protections for residents of nursing homes.

“It was obvious to me that this was a civil rights violation,” Talevski said.

In January 2019, a lawsuit was filed on behalf of Gorgi Talevski against HHC in the U.S. District Court in Hammond. HHC filed a motion to dismiss the case, which the court granted.

Late one Sunday evening, Talevski received an email from a Washington, D.C. attorney, Andrew Tutt, asking to appeal the case to the United States Court of Appeals for the 7th Circuit in Chicago. Talevski thought the email was fake until she did an internet search for Tutt.

Tutt handled the and the 7th Circuit ruled unanimously in favor of Gorgi Talevski. HHC asked the US Supreme Court to reconsider the case, which was granted in May.

“This is becoming, to my dismay, a groundbreaking affair,” Talevski said.

The implications of the case go far beyond the Talevski family and its origins in the treatment of Gorgi Talevski at the Valparaiso Care and Rehabilitation Center.

“What struck us was what HHC is trying to get the Supreme Court to say,” said Kim Dodson, executive director of The Arc of Indiana, a nonprofit disability services and advocacy agency. . “If you use these federal programs, you no longer have any protected rights.”

That, she added, includes anyone with a disability and anyone whose income qualifies for the federal Supplemental Nutrition Assistance Program, or SNAP. Anyone with a loved one in a retirement home owned and operated by HHC or its partner, American Senior Communities, should also be concerned.

“They’re asking for no more accountability for what they do at their facilities and anyone who doesn’t want accountability is probably doing something wrong,” she said. “We can’t just erase decades of precedent because a specific vendor doesn’t want to be responsible. It’s not appropriate.

Decisions regarding these rights would be determined by an administrative law judge rather than by federal case law, as is currently the case.

The case, Munson said, could impact anyone who receives services from a federal program covered by the “expenses clause,” which also includes Medicaid, children in foster care and those attending Temporary Assistance for Needy Families, or TANF.

More than 80 million people receive Medicaid, Munson said, and at least 20 million more people participate in other programs covered by the expense clause.

“At least a third of the country could be affected by this decision,” she said.

HHC, she added, has blown the case as a court ruling in their favor could hurt many people.

“I personally think it is immoral of HHC and its partners in this case to take the case all the way to the Supreme Court when they could have helped just one man,” he said. she stated.

Both Indianapolis-based agencies filed briefs with the court in support of the Talevskis, along with a long list of legal advocacy organizations and current and former members of Congress.

Attorney Lawrence Robbins, who represents HHC in oral arguments before the Supreme Court on Tuesday, said in an email that he does not comment on pending cases.

Indiana Attorney General Todd Rokita, however, filed a brief in support of the HHC along with attorneys general from 21 other states.

In a press release last month, Rokita, from Munster, said the issue is whether someone who is not a party to a contract with the federal government can take legal action to enforce the terms. of this contract, adding that this case focuses on grants awarded by a federal government. agency to a state or local government.

“Some commentators have interpreted this case as primarily about the rights of older adults and their families to use the legal system to advocate for their proper care. And we all want nothing but the best care for our seniors,” said Rokita.

“But this case is primarily about the need to hold voters accountable for grant relationships — and the need to respect the authority of Congress. This means that individual grantees who are not parties to the contracts should not be able to sue in court to enforce the terms of the grant unless Congress specifically authorizes them to do so.

Dodson, with Indiana Disability Rights, said a decision after Tuesday’s oral argument could come in three to 12 months. In the meantime, she and other advocates will work to get the HHC to withdraw the case, which can be done until a decision is made, including lobbying elected officials who appoint the HHC Board of Directors.

Susie Talevski and a handful of supporters, including her mother, Ivanka, plan to be in the courtroom on Tuesday.

“It became a crusade for me,” she said. “It started when I was trying to help my father.”