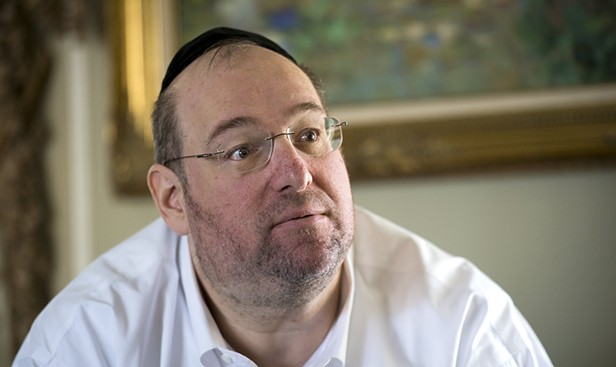 In case you missed it, The Washington Post recently released a scorching investigative report on Brius Healthcare, which, along with 80 nursing homes in California, including four in Humboldt County, is the state’s largest for-profit nursing home operator.

The story details how Brius received more than $800 million in Medicare and Medicaid funding in 2018 to care for residents of its 80 homes and spent more than 70% of it paying “so-called related parties – businesses themselves or their partially or fully owned family members” as part of a profit-increasing scheme. To postBrius’ analysis found that Brius homes pay about “40% more per bed on average to related parties than other for-profit nursing homes in California.” While the To post notes that it is “impossible to determine the profits or losses” of any of these private related companies from the public record, the tax returns “offer insight.”

the To postThe investigation found that in 2013 alone, Shlomo Rechnitz, the owner of Brius, and his wife reported income of at least $31 million from four such related companies that regularly provide services to nursing homes. of Brians. In 2018 alone, the To post reports, Brius has paid more than $100 million to dozens of related businesses “for everything from medical supplies to rent.”

The article cites a local example:

“In the Eureka area of ​​Northern California, a company run by Rechnitz leased five retirement homes in 2011, agreeing to pay the landlord a total rent of $3 million a year, according to state records. State Rechnitz’s company then sublet the buildings to the nursing home for $3.5 million — hundreds of thousands of dollars more than his company was paying the landlord, records show. ”

Some To postThe exhaustive explosive report of should not surprise regulars Log readers, as it echoes the findings of years of award-winning local reporting on Humboldt County properties from Brius. (Huge hats off to the old Log staff writer Linda Stansberry, whose articles “The Shut Out,” which detailed Brius’ efforts to refuse to accept new patients as a leverage point in reimbursement negotiations, and “The Case of the Missing $5 Million ‘, which exposed Rechnitz’s profits on party deals while complaining that his local businesses were operating with a deficit, which won the California Newspaper Publisher’s Association Best Investigative Reporting awards in 2016 and 2017. and California’s failure to provide effective oversight.)

the To postThe story also contains comments from Michael Wasserman, a geriatrician who served as CEO of a company that provides administrative services for Brius homes and championed the company’s quality of local patient care during a interview with Stansberry in 2018 at the start of his 18-month tenure. with the company.
Wasserman told the To post he eventually quit because he had “little control over the quality of patient care.” In March, as COVID-19 began to spread across the United States, according to the Post, “Wasserman contacted the California Department of Public Health with a stern warning: ‘I ran a chain of nursing homes billion-dollar house that currently scares the The article indicates that Wasserman then offered a list of Brius houses that particularly concerned him.

It’s unclear if any local facilities were on Wasserman’s list of concerns, but Granada Rehabilitation and Wellness in Eureka experienced a large and deadly outbreak of COVID-19 which, at the last official count, had infected 99 residents and staff. , and cost the lives of a dozen. residents. Local health officials said staff in Grenada had done all they could to keep the virus – which has decimated nursing homes and long-term care facilities across the country – from entering in the facility and, when it did, to contain the outbreak.