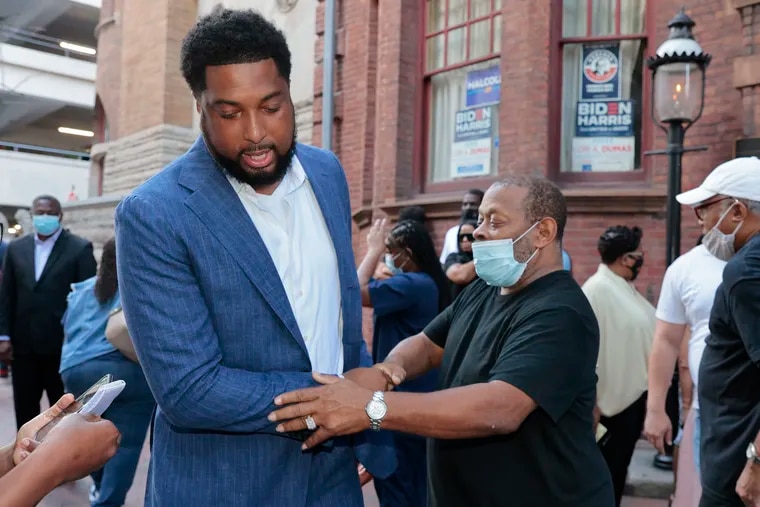 The leadership of District 1199c, one of Philadelphia’s largest unions, has been removed from office by its national union, the National Union for Hospital and Healthcare Employees (NUHHCE), ousted local leader Chris Woods has confirmed.

NUHHCE took control of the union on Thursday and ousted Woods, president of 1199c, union leaders and the board of directors of their posts.

Woods said in an interview that NUHHCE took over his union because 1199c did not pay the national union the required â€œper capitaâ€ tax on membership dues.

Woods has denied any wrongdoing. He said it’s common to be behind on per capita payments because of a “broken system.” Sometimes employers send workers‘ contributions late, he said. Sometimes their checks bounce.

He called his ouster a political decision, saying he was being targeted “because I am young and African American and because I am not a puppet and I speak out.”

Craig Ford, president of NUHHCE, did not respond to requests for comment. In a statement, the union said on Friday: “This administration aims to rebuild the local and make it a stronger union for local healthcare workers, patients, families and the community.” A spokesperson declined to comment further.

Woods, 36, became the top official at 1199c in 2019, replacing Henry Nicholas, a dominant figure in the world of work and politics who had held the post since 1981 and had been part of the national union since the 1960s. Over the past decade, Nicholas, 85, had groomed Woods as his successor. Woods was part of a horde of new young leaders who took office in 2019.

Attempts to reach Nicholas were unsuccessful.

“The rumors that Chris Woods and Salima Pace have stolen union dues are false,” read the now deleted post.

The post said that Woods and Pace participated in an internal AFSCME hearing which concluded that “no union funds were missing or unaccounted for” and “no union leader illegally used union funds to for personal purposes â€. The post went on to say that some expenses that should have been approved by the board were not – which the post said was not union practice in the past, but would continue now. .

Pace, 36, could not be reached on Friday.

AFSCME did not immediately respond to a request for comment.

NUHHCE, which is based in Old City, Philadelphia, is a subsidiary of AFSCME but can make decisions without AFSCME approval.

Ironworkers Local 401 was placed under what is called a trusteeship in 2014 after the FBI accused local leaders of racketeering and arson. But the International Brotherhood of Electrical Workers did not place IBEW Local 98 under trusteeship after Local 98 chief John J. Dougherty was indicted in a federal bribe case. and corruption in 2019. Dougherty’s trial is ongoing.

The union, which represents employees of hospitals and nursing homes, including low-paid workers such as cleaners, warehouse workers and dieticians, has a long heritage in Philadelphia. It was in 1199c, and thanks to Nicholas’ organizational prowess, that the city’s hospitals were unionized in the early 1970s, turning low-paying, no-benefits hospital jobs into jobs you could raise a family. Nicholas was a powerful political broker, whose future mayors and governors sought approval.

The power of 1199c, however, waned, as union density plummeted nationwide and the healthcare industry consolidated, with the acquisition or closure of hospitals. The union, for example, lost around 700 members when the Hahnemann University Hospital closed in 2019.

At the end of 2019, the union represented around 9,700 workers, according to the latest available dossier that the union filed with the federal government. In the 1980s, it represented 13,000 workers.

District 1199c was in the spotlight earlier this month, when Jefferson’s Nursing Assistant Anrae James was reportedly killed by Nursing Assistant Stacey Hayes. Both men have been members of 1199c for at least a decade.

Late Friday afternoon outside the Center City union hall, Woods addressed his ouster, surrounded by his family, politicians and other union leaders. He said he was the victim of harassment and slander.

â€œThese people tried to break me down,â€ he said, â€œbut I’m here to tell you guys they’re not making it. … This is not the end for me.